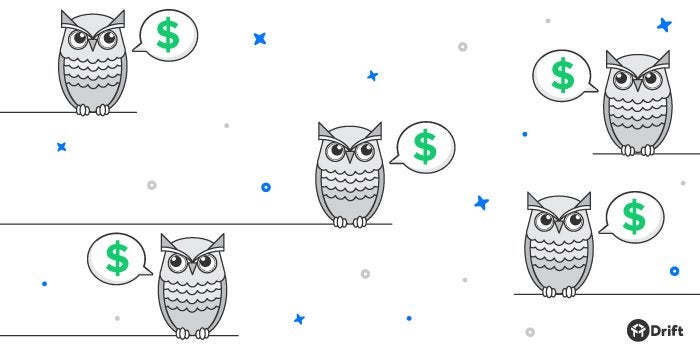 A few weeks back, we invited Mike Volpe — CMO at Cybereason and former HubSpot CMO — into the Drift office to talk about sales, marketing, hiring, and how things have changed compared to ten years ago.

Back in 2007, Mike joined HubSpot as one of the company’s first 5 employees. Over the course of 8 years, he continually experimented with new ways of attracting leads, from blogging (which not a lot of businesses were doing back in 2007), to making music videos, to running webinars — including one that set the Guinness World Record for world’s largest webinar with nearly 11 thousand attendees.

Today, Mike is running marketing at one of the fastest-growing cyber security companies, where he’s tackling a new set of challenges for 2017.

After our interview with Mike, we were left with 45 minutes-worth of marketing and sales wisdom. So we decided to make the full recording available to everyone. You can listen to it here on our podcast, or you can watch the video below.

Don’t have time to check out the entire interview? I pulled out 5 key takeaways for sales and marketing teams that you can read below:

A lot of the content and social stuff was easier back then because it was a lot less crowded. I remember at HubSpot we were early on Twitter as a company and we did this meta Twitter thing where we recorded a webinar about how to do Twitter for marketing. We did all of the Q&A on Twitter, and basically we broke everything. We trended on Twitter, we broke the TweetDeck or whatever we were using to read all the tweets, and we had to have multiple instances of GoToWebinar running because we had a few thousand people register…

But the fact that we were early with Twitter and social and with content meant that it was a little bit easier. You could have lower quality and more volume and you could stand out more. Now it’s just a much more crowded space because it’s much later.

So, how should you be approaching social and content in 2017?

I think you guys [Drift] have tapped into it — producing less but with much higher quality. A good signal-to-noise ratio, which is the right way to do it today.

To hear the full story behind how we approach content at Drift, check out our Marketing Manifesto.

2) Be willing to adapt. Getting in on something early = bigger rewards.

If you’re the first one or two people to do something, and you get these gigantic results, everyone’s like, “Wow, look at that thing. That was so cool what they did.” And it’s unique and it’s novel and people want to share it and talk about it because of that. Then when you’ve made your 100th company music video, you’re like, “Well, it was kind of funny, right?” But you’re not like, “Wow, look at that crazy thing.” So you need to be early in all of that. That’s why you need to be willing to adapt and try new things, and be willing to have these abysmal failures too. Which we’ve definitely had.

The takeaway here: No risk, no reward.

Sure, your next big, crazy idea might flop, but the one after that could take off. You need to keep adapting and experimenting in order to prevent your marketing from going stale.

3) Running playbooks can be useful in the early days, but improvisation is the key to long-term success.

Here’s my view on playbooks. It’s like that scene when Neo first goes into the Matrix and he’s training with Morpheus. (I’m going somewhere with this, trust me.) So Neo’s in there and he’s trying to figure it out and then Morpheus beats the crap out of him. Then Morpheus leans over to him, and Neo’s there and he’s breathing heavily, and Morpheus just looks at him and is like, “Do you think the laws of physics apply in this world? This world is all code, it’s not the real world.”

And Neo’s thinking, then Morpheus looks at him and is like, “Do you think that’s air you’re breathing?” And then this light goes off in Neo’s head and he’s like, “Oh, right, none of these rules apply, I can bend and break all these rules.” And Morpheus even says some of the rules are meant to be bent, some can be broken, and you need to figure out which ones are which. And so I feel like playbooks are good for beginners to get to a certain point. But it’s like in football: The great quarterbacks have a playbook and they have a play and then they walk up to the line and might be like, “Oh, well actually I see the defense now and we need to do this other thing. So let’s audible and then we’ll score a touchdown.

The main takeaway from Mike’s incredible Matrix/football analogy? I’ll let him explain it:

The best people know what the playbooks are, but then they can freestyle off of them — they treat them like ingredients. That’s how you get the best results. It’s not these robotic playbooks over and over. My biggest frustration with marketers is that people want this checklist of things to do, and it just drives me insane.

4) In the early days, hire salespeople who know how to improvise.

With early sales hires, you want to make sure you hire people who are very flexible and adaptable. I mean, at HubSpot, we were changing the pitch on a weekly basis. So you need people who are willing to adapt to that. You need someone who you can tell in the morning, “OK, today we’re going to pitch it this way.” And they’re like, “OK, that sounds great,” and they start selling with that new pitch. Whereas with some other sales reps, it might take them a week or two to try to get around the new pitch. It might them a while to learn it. They’re OK to hire when you’re more in your scaling phase, but they’re terrible in the beginning.

In the beginning you’re changing everything multiple times per day, figuring out what works. You need sales reps who can freestyle while they’re on demos and come up with things and then email you and be like “Hey, I just talked about this thing and people seemed to like that.” You need that in the early days.

Another way to think about it: In the early days, you need your sales team to be a jazz band. Everyone in the band needs to be able to  improvise. They need to treat the sheet music (a.k.a. the pitch script) as a starting point only.

As you scale, however, you need your sales team to become a classical orchestra. Because once you have 25, 50, or 100 people all playing together, it becomes more and more crucial that everyone stick to the sheet music. Otherwise it could easily devolve into chaos.

5) Don’t forget to sell the vision.

With the first, first, first version of the product [HubSpot], the pages would load so slowly that to do a demo, you’d open up like 15 different tabs in your browser, and you’d open up dropdowns to show them, “Oh, look at all these different reporting options.” But you wouldn’t actually click on anything because it would take like a minute for the page to load. So then you’d quickly switch to the next tab, and be like, “Oh, let me show you another part of the product that does this thing.” But you wouldn’t actually show any of it working live.

You were selling people on the vision. At that time, “state of the art” was a very different place software-wise than we are today. And “state of the art” for marketing tools is a very different place. So even though the product was a little slow, a little buggy, and it crashed, it was actually tremendously valuable for the right people. We were doing the best we could.

The takeaway here isn’t that having a slow, buggy product is no big deal, it’s to remember that your overarching vision — the problem your product is solving — can be a powerful sales tool.

This reminds me of something InVision’s SVP of Sales Ryan Burke told us a while back — that in the early days, it’s all about selling the dream. And while it’s tempting to focus more and more on your product as you grow, you should never completely forget about that dream that helped you get started. To quote Ryan:

When I first started at InVision, we were selling the dream of design. Then we hired a lot of high product acumen salespeople and we got really feature heavy. That approach worked for a while, but now I think we need to move back a little bit. I think we overcorrected. And now it’s back to selling the dream.

‹ Why 15Five Switched From Intercom To Drift
3 Ways You Can Use LeadBot to Capture & Qualify Leads (Even When You’re Asleep) ›
P.S. Join 30,000 of your peers. Subscribe to the newsletter for hypergrowth.