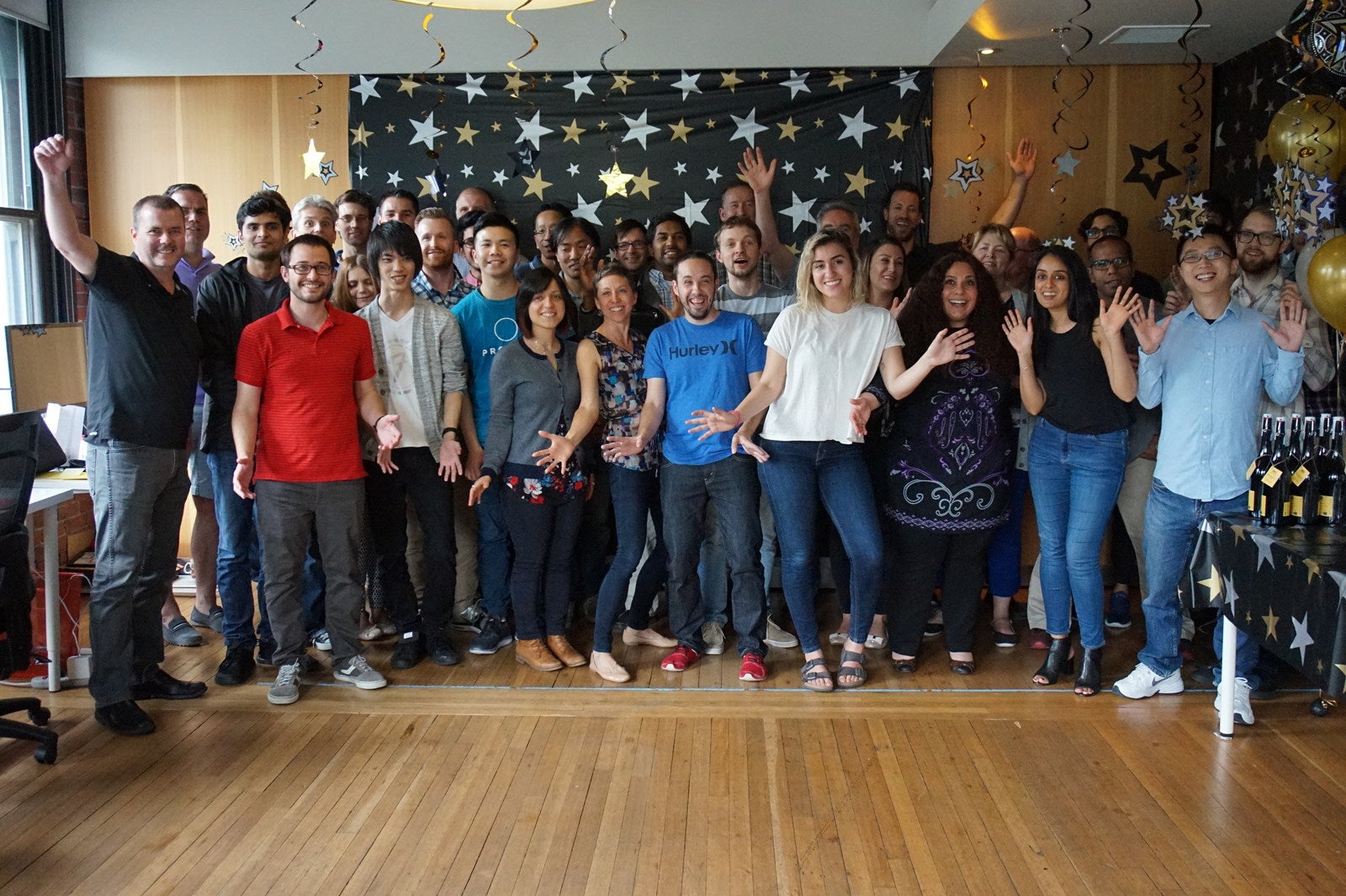 That’s what we all want — and expect — as buyers today. To be treated like real people.

And our goal at Drift is to do just that. To bring people back to marketing and sales.

The team at Jostle had a similar realization.

They wanted to ease the frustration that can happen when people have to fill out long forms or hop on the phone in order to talk to a sales rep to see a demo.

And as they were looking to make a change, they stumbled across Drift. Here’s the story.

Jostle is an employee intranet company on a mission to make workplaces more vibrant and productive. They believe that the best way to do this is by fostering and enriching company communication and culture within all employees.

Jostle’s goal is to create a software and service that feels natural and fun to use; a company with the best interest of “people” at the forefront of everything they do. Thanks to this people-centric approach, Jostle is achieving unheard of employee participation rates – 5X industry norms.

Jostle holds an annual Jostle Awards program, when they celebrate the organizations and people they connect through their product. Every year, they ask for Nominations and hear amazing stories of how their customers transformed their workplaces, connected coworkers and built a strong sense of community with the help of Jostle.

Dustin Tysick is a digitial marketing manager and analyst at Jostle and was noticing that 80% of people who reach the demo page on their website end up leaving.

After years of displaying a lead form, Dustin and his team recognized how most people didn’t want to jump straight into booking a sales call. It’s a commitment. And it requires a long form — and who knows what’s going to happen after that. Constant nurturing emails? Constant phone calls?

So the team began exploring ways that they could start to talk to people and plant those seeds before they leave. Instead of getting people to fill out a form, they set a simple goal: starting a conversation.

Actually talking to people- not treating them like leads.

The team considered multiple “less stressful” ways to reach their customers before they left the demo page, including creating a video and holding webinars.

They also considered other live chat options, but they found their services to be a bit “old school” and too “bot-y” for their taste. It just didn’t fit.

Jostle had been using HubSpot and Dustin recognized HubSpot’s integration with Drift after reading one of the blog posts written by our very own Dave Gerhardt. Immediately, Dustin noticed that both Jostle and Drift seemed to “share the same values” of making their services “human”.

Check it out! She’s real!

Drift was free to get started, and whenever he had any questions or needed support, our team was right on the other side of the keyboard. And we were actually people! He was sold.

Dustin and the team at Jostle has been able to implement Drift on their site with ease. The number of measured leads that they’ve nurtured outside of their demo form has increased substantially — and they’ve even started talking to people months before they’re looking to buy.

That’s the power of having 1:1 conversations with prospects.

At the end of the day, Jostle has made their site more human. It matches the way people want to buy, and they’ve uncovered a new way to always be “open for business.” Anyone can go straight to their website and know that someone is greeting them with a smile. They can connect with real people and get the help they need.

Drift is a messaging app for marketing and sales. Click here to learn more about we can help you grow your business.

‹ Is The Way We’ve Been Doing Marketing And Sales Broken?
Confessions Of A (Former) Content Farmer ›
P.S. Join 30,000 of your peers. Subscribe to the newsletter for hypergrowth.