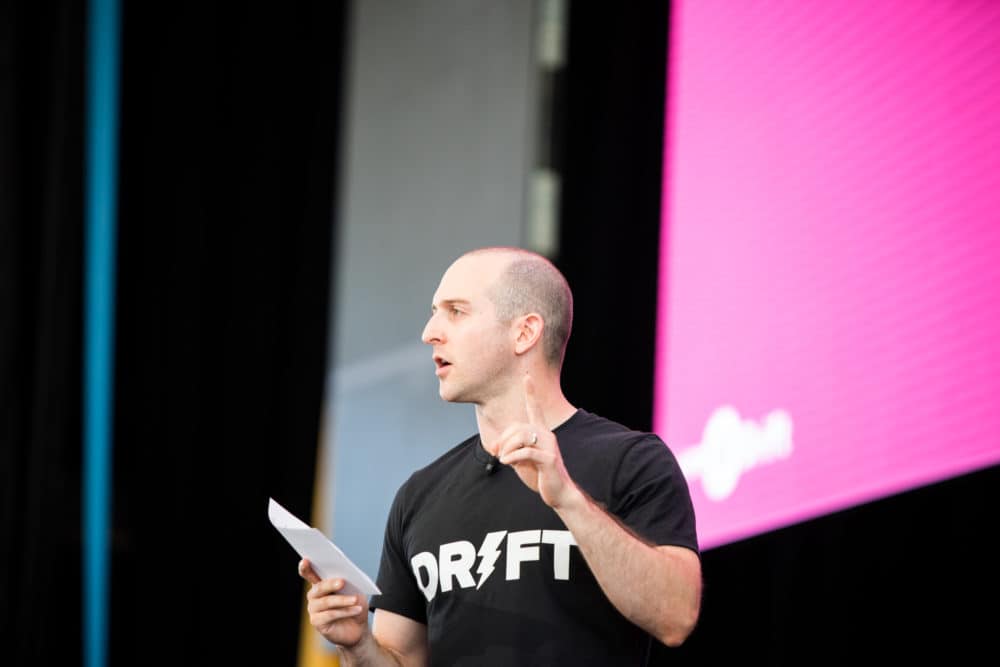 For the past ~3-4 months, nearly every video I post on LinkedIn has been getting over 100,000 views within the first 7 days – and I know nothing about making videos (other than using my iPhone) and I have not spent a dollar on promotion.

Beyond what I can measure from the actual video views, the reach from LinkedIn has been unlike any marketing channel I’ve ever seen – from here in Boston to San Francisco to Dublin I have had people come up to me and say “I see you all over my LinkedIn feed.”

(Granted you have to work in this SaaS/tech company bubble, but hey the reach is still pretty incredible).

From there, people usually then ask me what the secret is.

How did we hack LinkedIn’s algorithm at Drift to get so many views?

I have also seen so many other people now doing “selfie style” LinkedIn videos chasing the same type of results, so I wanted to write something to address both of those things.

1) You have to be open to testing every new channel

I hate to admit it – and I wish I DID have some secret hack – but the real secret behind the success on LinkedIn is that we got there early. LinkedIn video launched in August 2017 and I started posting videos there immediately to see what would happen. And sure enough, the first video I did had something like 6,000 views. I thought “no way this is real; LinkedIn is probably just juicing my stats because they want me to post more. So at the end of my next video, I said “if you’re watching this right now, I want to test LinkedIn video so email me dg@drift.com.” Within hours I had HUNDREDS of replies. It was crazy.

And the rest is history.

I think having a culture / being on a team / being a marketer who is always testing new channels is so key to getting ahead. I think the best marketers are able to learn faster than their competitors, and the more you’re testing, the more you learn, and the faster you can move.

I know that as a CMO this was something Mike Volpe really pushed hard on his marketing team to do at HubSpot (and gave them lots of room to fail). And I’ve seen this over the last year working with Guillaume Cabane, Drift’s VP of Growth. His magic growth hack is not even a growth hack: he signs up for every single product he sees to play around and see if there’s something interesting there. That alone has given him a huge competitive advantage – he’s testing and learning the newest stuff faster than anyone else and can own a channel before anyone (or any noise) can get there.

Imagine being the first person to do email marketing back in the late 90s? That person probably had 90% open rates and 80% click rates – simply because no one else was doing it.

(Then once you find a channel, the key is to go deep – learn it in and out and use it every day to master it).

2) You have to find a channel that works for you

I have seen a lot of other people now on LinkedIn doing videos. Some are great (and some share much smarter insights than me and / or have better production, etc.) – but most are not. And one of most common questions I get at events goes something like this: “Dave, I would love to start putting myself out there and doing LinkedIn videos like you but it’s just not comfortable. I don’t like getting in front of the camera. It’s not really my thing.”

Great. So don’t. LinkedIn is a channel that works for ME. As a marketer, you have to do what works for YOU and your skills and what fits with your BUSINESS. I had already been making a bunch of videos internally, and I’ve had a podcast for the last 5+ years so I’m pretty comfortable being in front of a camera – even when I am doing it publicly, talking to myself walking down a crowded street. And on top of that, my industry (B2B marketing & sales) was already deep in the world of video, podcasts, social media, etc.

If you’re not comfortable being in front of the camera, or work in an industry like healthcare – video might not work for you.

You have to find channels were there are opportunities that work for you. Maybe no one in your industry has a podcast – start one and test that. Maybe nobody does events in your world. Perfect! I’d start there.

LinkedIn video happened to be the right place at the right time for me (and back to my first point, that only happened because I was willing to test it out early and go).

3) There’s only one hack to building an audience: Consistency

The third thing I learned is a lesson I’ve known forever, but had to feel first-hand (twice): consistency is the MOST important ingredient in building an audience.

When I started my first podcast back in 2014, I did 5 episodes and then stopped because I wasn’t really getting anyone to listen. After two months, a friend convinced me to pick it back up, and I decided to go all in and commit to putting out an episode every single week on Fridays – and that’s when things took-off. I didn’t get any better at the show or learn any tricks – I just plugged away week after week which 1) forced me to get better by doing more podcast and 2) brought an audience with it – they started to expect new episodes every week. They knew it was coming so they could tell their friends, share it out on social and help it spread.

So, after you go out and find a new channel (it doesn’t have to be LinkedIn video!) that works for you and your business, get consistent.

And that’s my secret recipe for getting every LinkedIn video to over 100,000 views ? 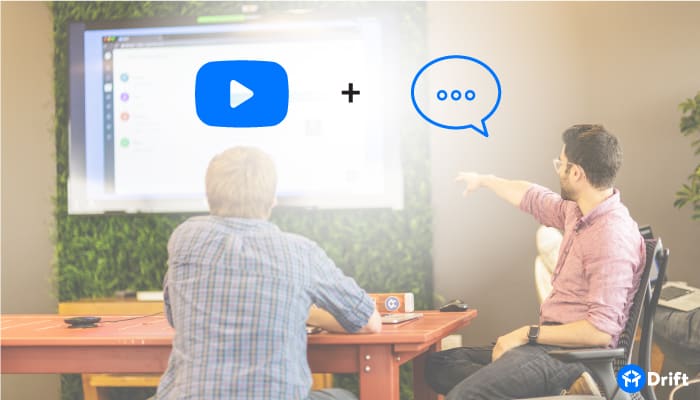 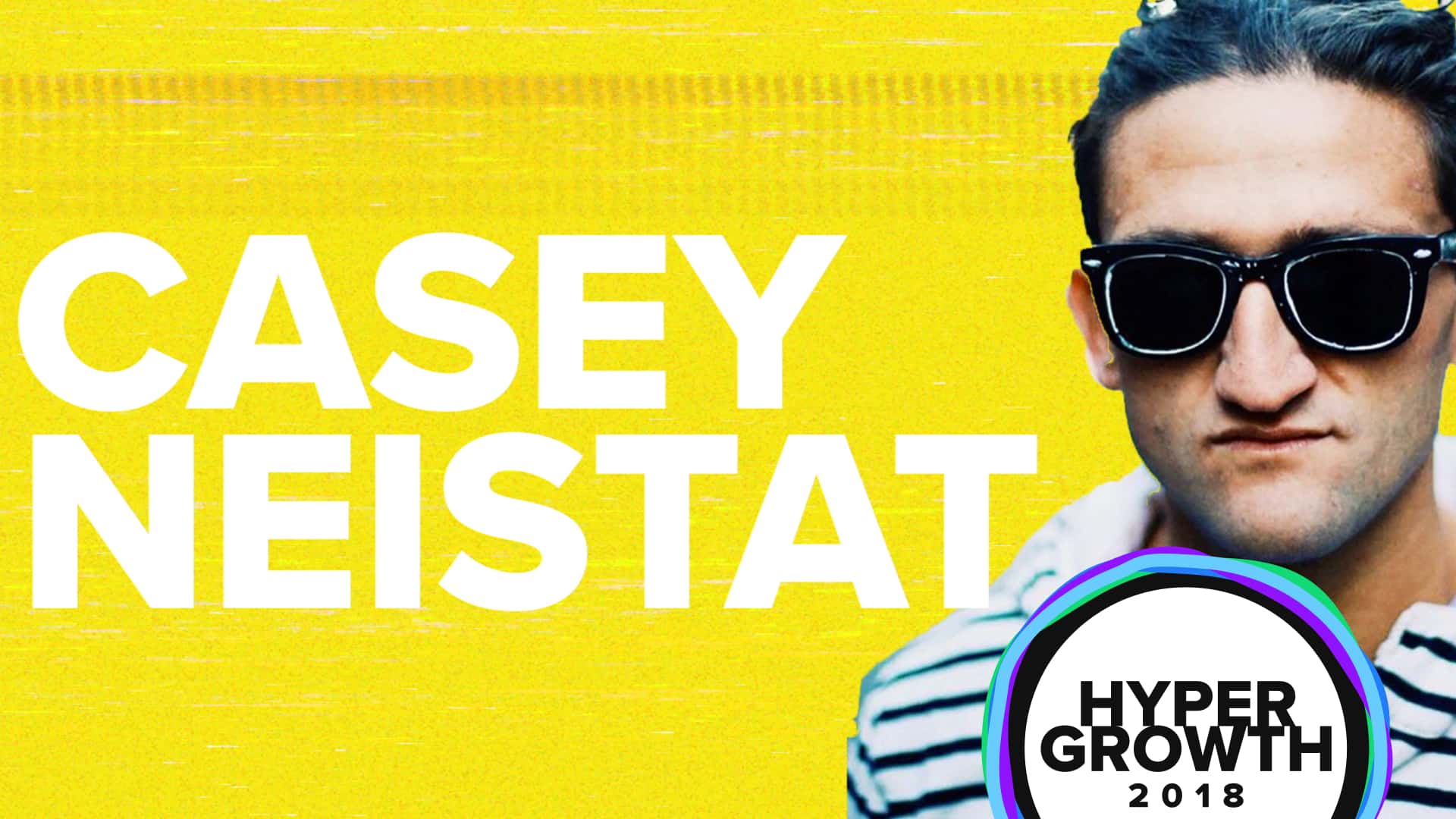 How to Be Heard: Casey Neistat on Marketing’s New Normal
See More