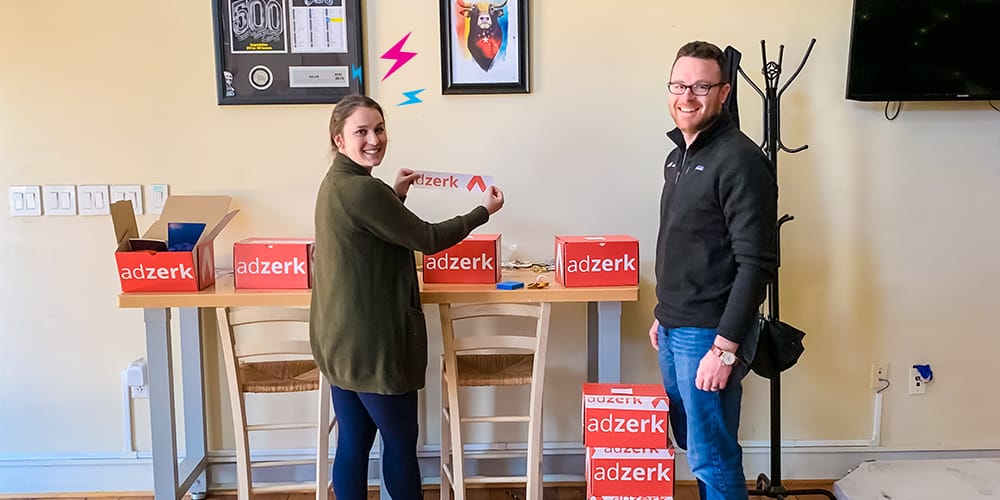 This sales success story begins and ends with Drift.

The Adzerk team has loved Drift ever since installing it on our site last year. But we’d never really followed their blog until a January 2019 article about a direct mail outbound campaign the team ran. It involved sending postcards offering free wine in exchange for a quick chat.

According to the post, Drift saw a 10% response rate. 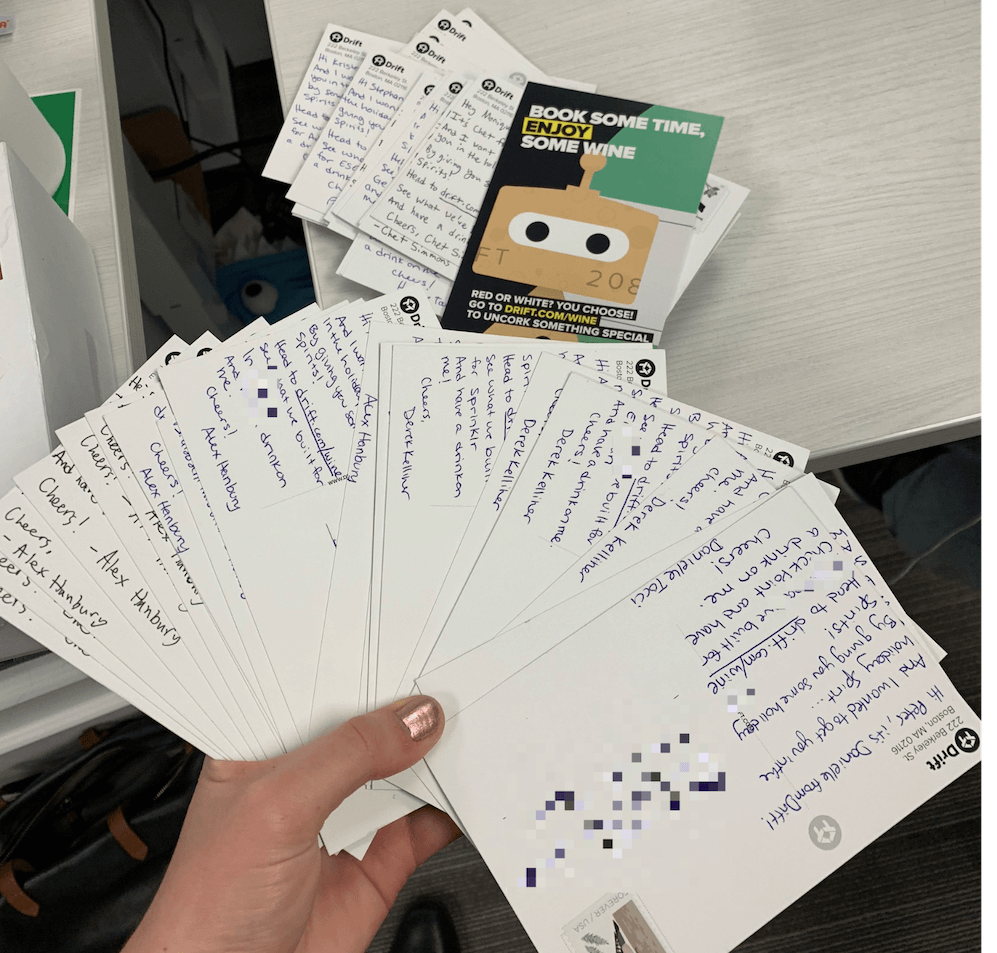 We were intrigued about how a similar ABM approach might work for our very niche audience – engineers building their own ad server. Needless to say, outbound has never been a reliable source of leads. That said, we’d never tried direct mail or any type of incentivized quid pro quo.

So the very same day we read Drift’s blog post on “winebot” we began stitching together a copy-cat campaign. Like Drift, we designed a postcard to send to contacts on our “company hitlist” (500 ideal clients). The postcards directed folks to a specific landing page where they could sign up for a meeting, and, if they did, we’d send them a gift. 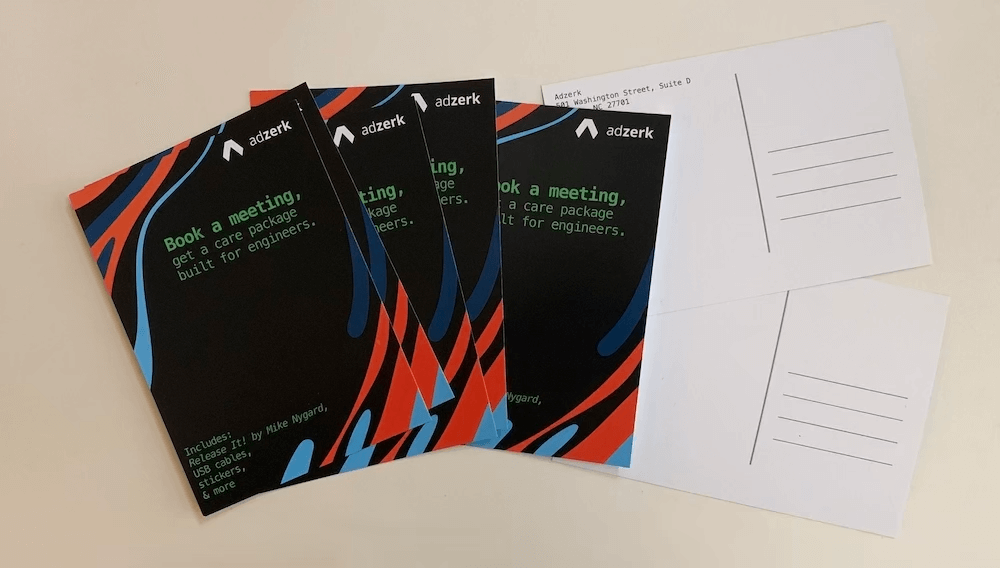 Unlike Drift, though, our gift was a SwagBox (™ coming) that was full of, you guessed it, Adzerk-branded swag inside a branded box (you can see what we included here). We also included Release It! by Mike Nygaard, an engineering book that would appeal to our target market. 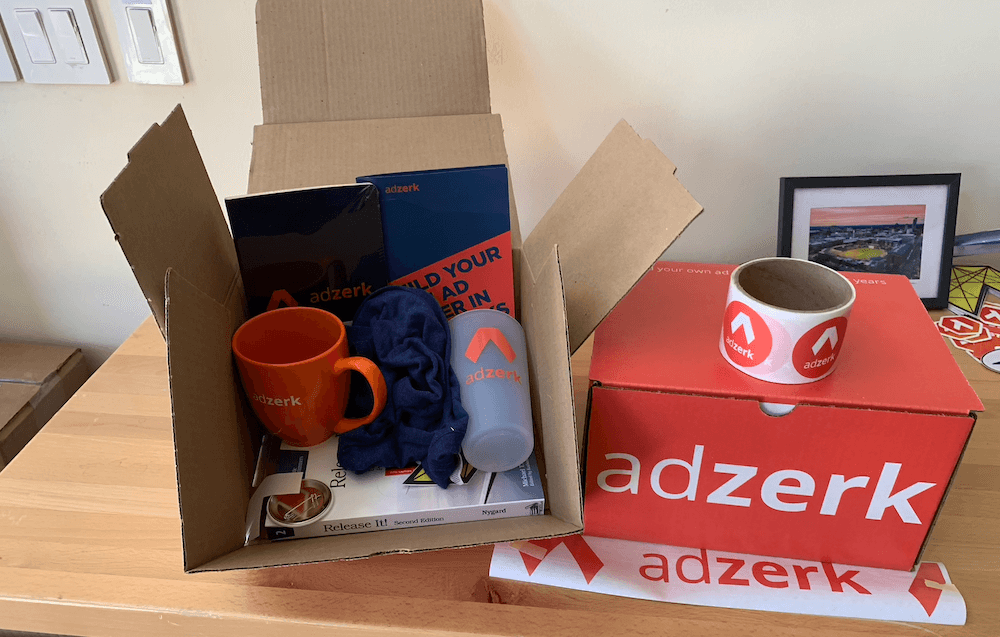 March came and we mailed over 100 postcards, hoping for 2-3 responses (it seemed like we weren’t being too greedy). Alas, the days dragged on with no responses. We were seeing some traffic to the landing page, but so far no booked meetings.

We grew more and more despondent with each passing day – the team becoming so sullen we had to take a spirit-boosting trip to an amusement park. 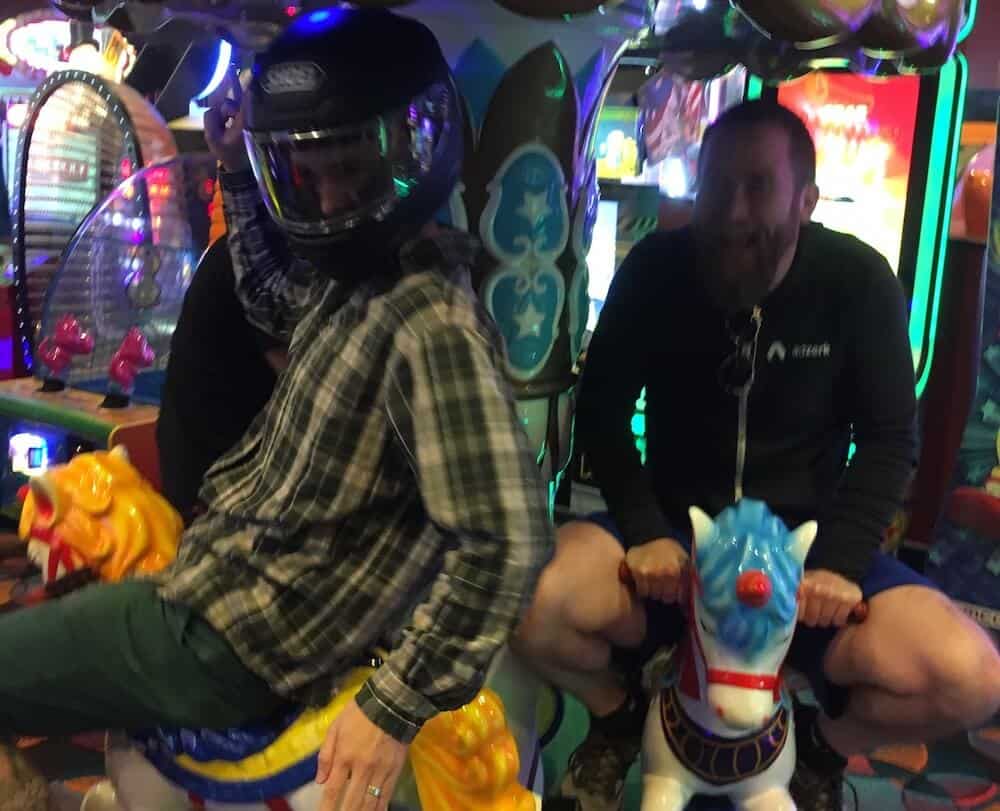 We ended with zero bites.

But don’t worry, this story turns around soon. Incidentally, two weeks after mailing the cards we were speaking with Drift about their ABM offering. Knowing who was on our site (in real-time using highly-accurate Clearbit data) seemed valuable, and because we used Drift’s chat widget, we could make that info actionable via tailored chat messages.

So we signed up. While we were cautiously optimistic about our website visitor quality (based on past leads), we were still worried we’d discover that our traffic consisted solely of, say, explainer video vendors…

We were pleasantly surprised. In fact, we were amazed at the quality of our site traffic. What surprised us the most, though, was how much traffic was coming from companies we’d sent postcards to – even weeks later. It was clear these brands had more than a passing interest.

Which gave us an idea. What if we mailed the SwagBoxes to folks who visited our site, even if they didn’t reach out? Clearly there was interest, even if, at that moment, they didn’t want to chat. So we started tracking who visited us and cross-referenced it with our “hitlist”. After two weeks, we identified thirteen great opportunities to send gifts to.

As Drift’s ABM tool provides only the company name (and location) of visitors, not the person’s name, we had to use a combination of LinkedIn, Clearbit, and Google to identify whom to send packages. Of course, the likelihood we would send the gift to the exact same person who visited us was fairly low, but our belief was that the box was unique enough that it would be discussed internally, and, regardless, there’s rarely just a single decision maker for our product.

Once we had the addresses identified, we constructed thirteen SwagBoxes and sent them out. We also added handwritten notes saying, “You are likely not building an ad server now, but if you ever do in the future, Adzerk can help.”

We made sure not to imply we saw them on the site. We wanted to go the serendipitous route, making it seem like us sending the package was merely a fated coincidence.

Within a week, we had two companies reach out, thank us for the gift, and ask us for next steps. 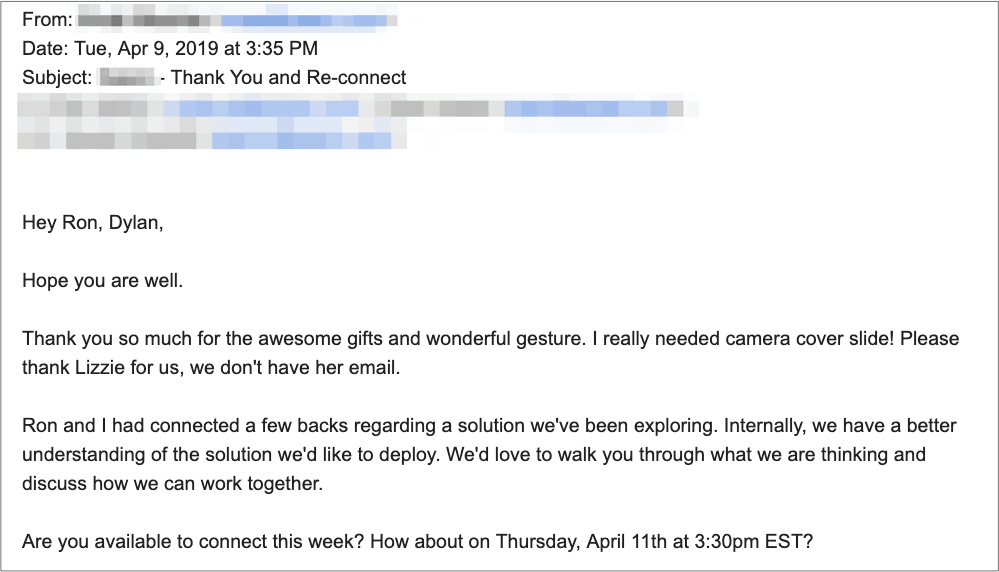 After thousands of outbound emails and 100+ postcards, we finally had found something with results. Sure, it was a small sample size, but any type of response rate, let alone 15%, was new to us. To celebrate, we went to an amusement park. 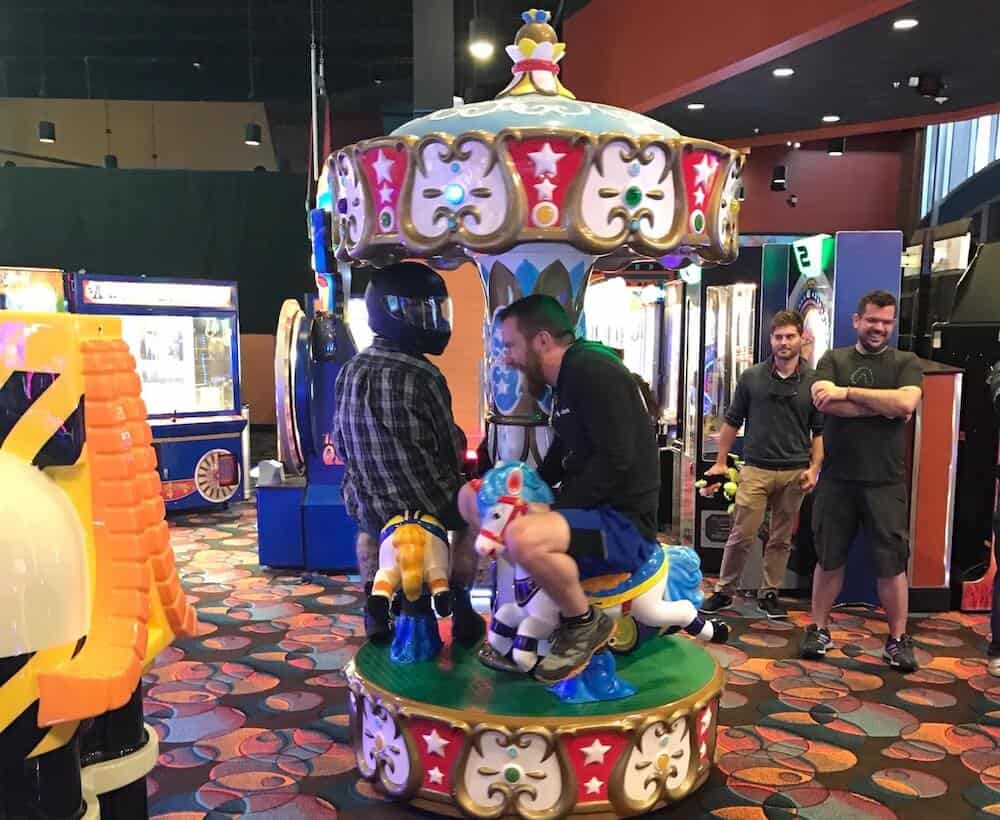 Ultimately, this campaign was enabled by Drift’s real-time ABM tracker. We now watch it diligently, recording who visits what page and deciding whether to send them a box or not.

Is this strategy applicable to everyone? No. We’re a B2B company with a high average client value, so we can invest $50+ a box for 15% response rates. That said, a large SwagBox isn’t required. After identifying who visits your site, you could send a single gift, a postcard, an email, or just engage with them through the chat widget.

It’s important that you act quickly, though, and not creepily. The goal is to make the gift look coincidental, as though fate were aligning the vendor and vendee (internally we call this “meetcute marketing”). These multiple touchpoints help ensure your brand is top-of-mind next time that prospect is in-market.

Should you pursue a similar strategy, we wish you the best of luck. And if you have any questions, or would like advice on how to fend off explainer video vendors, please do reach out ? 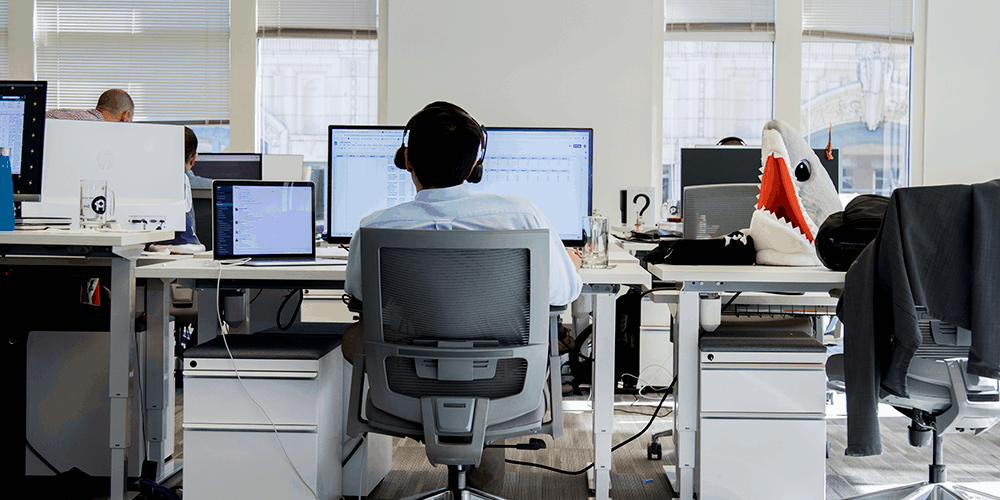 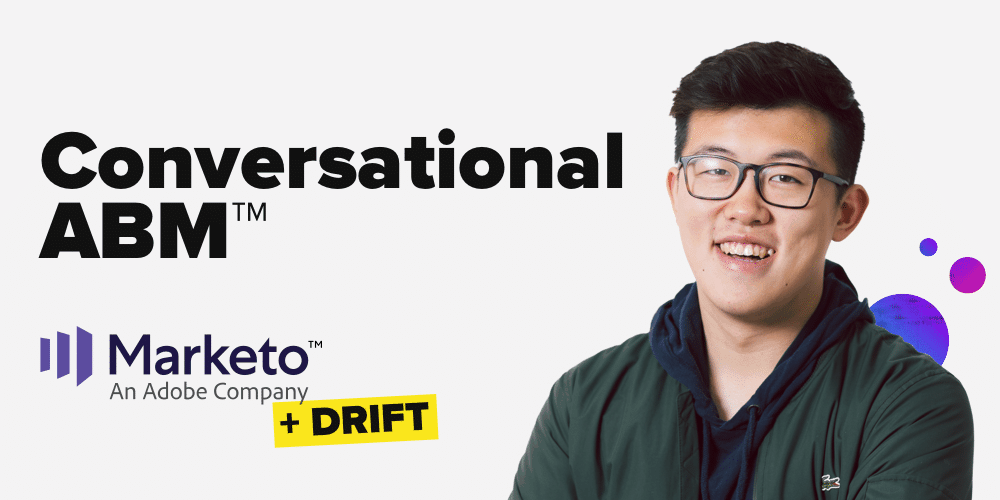