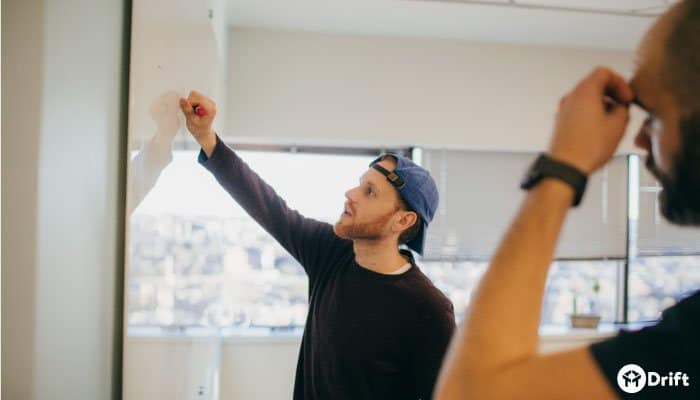 This was something that we felt emotionally, but we also had plenty of real-world examples.

We were looking at who was closest to the customer: Airbnb or the big hotel chains? Uber and Lyft or taxi companies? Netflix or Blockbuster?

So we had all these examples and we’d go down the line, and we saw that there was this proximity to the customer that we believed was making all the difference.

We saw companies that owned that proximity being able to innovate, create new products, and stay ahead of the competition. And because of that proximity, we thought those companies were valued more. The market valued them more.

Now, as time has gone on and we’ve unpacked that, we understand that beyond this proximity to the customer, there’s this massive shift that is underlying all of it.

The Shift From Supply to Demand

This is good news for all of us as buyers and consumers. Because in a world where demand is the most valuable thing, we get to dictate to companies how we want to be served, what products we want, and what we value.

In the old world, let’s say you had a company like Walmart. If you unpack Walmart, what they did was they created this incredible process internally where they controlled not only the data that they were collecting from the stores but also the operations, and the fulfillment centers, and the buying and the purchasing.

So it was a company that controlled the whole cycle of how to buy products, how to get them in the store, how to ship them from the warehouses to the store.

And because of that, because they had that proprietary knowledge, they could control the demand in all of their markets, meaning all of us would have to run to Walmart to get what we needed. Because they were in control.

We had no choice.

Back then, in the old world, companies like Walmart had all the power, and that power was buried within the company.

For example, if you were to look at Amazon today, 50% of the goods you buy on Amazon today are not sold by Amazon. They’re sold by third parties and they are fulfilled by Amazon.

So Amazon doesn’t even hold the inventory from a cost standpoint. They’re basically a demand generation and capture mechanism. So they have all of our relationships. We buy from Amazon and then it gets fulfilled through them.

And that’s just one example. Another example that we double-click into a lot is the example of razor blades. When you look at a company like Gillette, which had for most of our lifetimes owned all of the demand for razors, it made us wonder: Why?

But what happened a few years ago? A company like Dollar Shave Club emerges out of nowhere, and they’re able to transform from zero to a multi-billion-dollar company that was ultimately purchased.

And why could they do that? They could do that because for the first time ever, they could build on top of platforms like Google, like Facebook, like Instagram, and others who were capturing demand and they were able to address that demand, and build a multi-billion dollar company.

How to Compete in a World With Infinite Supply

We’re trying to transform that whole thing and create a whole new buying experience and make it frictionless.

Because the truth is, many companies today still think that they get to dictate how someone is going to buy their service or software. But in a world with infinite supply, that approach doesn’t work anymore.

In a world with infinite supply, you have to stand out by being the person who serves your niche or customer the best.

And that has to come through a combination of things. It’s never going to be one thing. It’s not going to be, “I have the best razor blades in the world.” Because guess what? Someone in China already knocked off that razor blade before you sold it.

So we say: it’s product, it’s brand, and it’s service. It’s the trifecta of those things that are going to let you compete.

Apple has one of the best brands in the world, and some of the best products in the world (to the point that many of us are willing to wait in line overnight to get them). Yet they’re still providing this amazing service that we’re talking about right now.

That means if you do not have the greatest brand, and do not have people lining up to get your insanely unique product, you have to do a better job than they do in terms of service if you want to compete.

In that world, the power dynamic shifts. So you have to think about: How do I find a marketing system and how do I find a sales system that lets me provide the best customer experience possible, and lets me operate in a way that our customers are demanding?

That’s what we’re trying to build at Drift. That’s the technology. And that’s very different than the technology that has worked really well and that most companies are still using to this day, which was built around solving the company problem and that puts the company ahead of the customer.

Using the old approach is fine if you’re looking for 2x growth in 2018. But you’re not going to be able to 10x your business doing what you do today.

On-demand, on your terms, when it’s convenient for you, not according to my schedule at the company but your schedule as the buyer…that’s the future.

We see this massive shift happening, we all feel it everyday, and we’re racing to empower the next generation of companies and to get them ready.

That’s the number one thing we all need to focus on in 2018: to prepare our businesses for this tidal wave that’s coming.

Learn more about how Drift makes it easier for people to buy from your business.