8 Lessons From One of Silicon Valley’s Top VCs 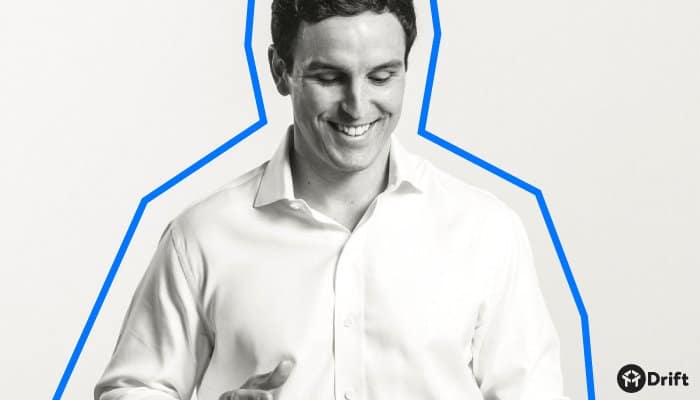 He’s been called a “young gun” of Silicon Valley, but don’t let that title fool you.

Pat Grady, partner at the world-renowned VC firm Sequoia, has spent more than a decade in the business, and earlier this year he was named to the Midas Brink List as an investor “to watch closely now and in the future.”

Since joining Sequoia in 2007, he’s met with — and learned from — thousands of entrepreneurs, and has invested in companies including Zoom, Qualtrics, Namely, and Medallia. (Most recently, Pat participated in our Series B round here at Drift.)

A few weeks ago, we invited Pat into the office so we could pick his brain and, of course, try to steal all his secrets.

Check out our full interview with Pat below — I promise it’s worth the half-hour:

In a hurry? No worries: We went through and pulled out eight key lessons from our interview with Pat Grady that you can read below.

Whether you’re starting a company or investing in one, there’s a lot of scaffolding already in place that guides how you do things. These are best practices that have been applied for years that you’re expected to follow by default.

And while that scaffolding can be helpful, it can also be limiting. As Pat explained, when Sequoia is looking to invest in a new company, they prefer to see companies that innovate as opposed to ones that follow the same-old playbook.

When the topic of first principles came up during the interview, Pat explained that for companies, it all boils down to answering this question:

Why do companies exist?

Companies don’t exist to make people rich, whether those are the founders, the investors, or anybody else. Companies exist to solve a problem. What is the problem you’re solving? How do you do so in a unique and compelling way that has some inherent durability to it? For us, those are the first principles.

The bottom line: It’s not just that your company needs to solve a problem. In order to reach hypergrowth status, you need solve a problem in such a way that it can’t be easily replicated by competitors.

Time to get real: There are thousands of companies out there right now competing for attention, and market share, and, of course, funding.

So, what are the odds of actually getting an investment from a VC firm?

That’s what Sequoia’s funnel looks like. From the beginning of 2007 (when Pat joined Sequoia) to today, Sequoia has grown by roughly 50% in terms of investors, but their funnel has grown by more than 10x.

How’d they pull it off? Keep reading to find out…

4) “Benefit from the wisdom of your founders, but also reinvent constantly.”

Don Valentine founded Sequoia in 1972. He wasn’t an investor by trade, but a chief marketing officer.

The founding premise of Sequoia was Don’s vision that brilliant engineers — while capable of building great things — didn’t necessarily know how to connect to human problems.

As Pat told us, “That was the genesis of our business and that’s what we’ve tried to stay true to over the last 45 years.”

However, that doesn’t mean Sequoia has been using the same playbook for the past 45 years. As Pat explained, they’ve been focused on reinventing their business (and growing their funnel) with technology.

One of the things that we’ve been grappling with over the last handful of years is this constant need to reinvent our own business, not just in terms of who’s inside the building but also in terms of how we operate and how we use technology to our advantage so that the methods that Don Valentine used in the 1970s and the 1980s are not the same methods that we’re using today. We want to benefit from all of that wisdom but we also want to reinvent constantly.

5) “Start by targeting a narrow slice of a big market.”

One of Don Valentine’s enduring pieces of advice is that companies shouldn’t be afraid to target big markets. (Check out the video below to hear Don explain it.)

But as Pat warned during our interview, targeting big markets is also “tricky and a little bit dangerous.” So he offered this advice for entering a big market the right way.

You don’t target a big market from time zero. You target a very narrow, a slice of a big market and you earn the right to evolve your way into more of it over time. For us, as investors, one of the most common mistakes we make is we underestimate or under appreciate what a market can become when things start to work. As a result, we just don’t realize how exciting a business is the first time we see it.

For anybody who’s not familiar with Dunbar’s number, it’s basically the number of reasonably close human connections any given individual is capable of having and keeping track of. I think that applies to a company in the sense that 150 employees is right around that inherent ambient knowledge of what’s happening begins to dissipate and it’s overwhelmed by the coordination costs of keeping 150 people on the same page.

That’s Pat explaining Dunbar’s number, and how it serves as an inflection point for high-growth companies. Ultimately, once your company’s headcount approaches 150, things start to break because it becomes more and more difficult to communicate.

I think when there are 10 people in a room, you can hear everything that’s happening. It’s still hard, it’s just comparatively easier to have a shared vision about where the company’s headed and a shared understanding of how you’re going to get there at least over the next weeks or months or quarters. 150 employees, you start to not know everybody’s name. The employees who joined recently might have a totally different idea of why the company exists and where you’re hoping it gets.

So, how do you protect your company from the inevitable effects of Dunbar’s number?

According to Pat, “The only way you can solve that is through systems and culture.”

By systems, he means technology as well as having a regular cadence around meetings and other internal communications. And with culture, it’s also about making it intentional and not letting it slip away.

According to Pat, we’ve been in the same basic technology cycle since 2001. And we’re overdue for the end of this cycle and the beginning of the next.

What that means for a founder, generally, is that what we would call the verrückt period—verrückt is a German word which means “insanity” or “craziness.” What Don Valentine would’ve called the good theater that comes at the end of the cycle. The verrückt period is probably coming close to an end. That could be tomorrow, that could be five years from now. But it’s probably coming close to an end and the way that translates into the advice that we give founders is, don’t get caught up in the hype. Don’t try to chase the unicorn. Don’t raise infinite amounts of money just because it’s available.

Stick to first principles, because if your employees actually care about your mission and if your customers are going to buy your products regardless of whether or not their budget is big or small, you’re in a good spot. We would actually encourage people in most cases to raise less money as opposed to more, to be very deliberate about the hiring and try to stay away from the people who respond to the line, “We’re a fast-growing company” and go after the people who respond to the line, “We care about solving this problem. It’s hard but we think it’s worthwhile. If you agree, you should join us.”

8) “You can’t brute force your way into scale.”

Five years ago, Pat saw “a decent amount whitespace in SaaS,” meaning there were buying centers within the enterprise and within SMBs that were underserved.

But times have changed.

Ultimately, if you aren’t offering a real competitive advantage, spending more money isn’t going to help your cause — at least not in the long run.

I don’t think you can brute force your way into scale today the way you maybe could five, six, seven, eight years ago. Today, there’s just more competition. Everybody’s got plenty of money and we’re back to the basics of finding the magic of product/market fit and iterating from there.

Just like with our Patty McCord interview, this was a case where we had way more lessons to share than could be summarized in a single post.

So make sure to listen to our full interview with Sequoia’s Pat Grady when you get the chance.

Subscribe on iTunes and catch the full interview with Pat on this episode of Seeking Wisdom.