What Is Hypergrowth? (And How Do You Achieve It?)

If you’ve been part of the Drift community for a while now, you’ve probably (definitely) noticed that we use the word “hypergrowth” quite a bit around here.

It’s the name of the book we self-published (HYPERGROWTH: How the Customer-Driven Model Is Revolutionizing the Way Businesses Build Products, Teams, & Brands), and it’s also a general concept that we write about on the Drift blog.

In this post, we’re going to answer the question once and for all: What is hypergrowth? And we’re also going to share examples of companies that have achieved hypergrowth, as well as tips for helping your company get there.

The Definition of Hypergrowth

According to legend (and the internet), the term “hypergrowth” first appeared in the April 2008 issue of the Harvard Business Review, which defined it as “the steep part of the S-curve that most young markets and industries experience at some point, where the winners get sorted from the losers.”

At Drift, we refer to that “steep part of the S-curve” as the Hypergrowth Curve. You can visualize it as a massive wave – this insanely high wall of water.

The companies that achieve hypergrowth are able to ride up and over that wave. It might be a bumpy ride, but they’re able to adapt and move quickly enough to continue onward.

Most companies, however, get wiped out. (Or they see the wave off in the distance and decide they’d be better off changing course.) That’s how “the winners get sorted from the losers,” to quote the HBR definition.

The World Economic Forum, meanwhile, has its own definition for hypergrowth, one that gives more context around the conditions that make hypergrowth possible:

“During the past decade, as technological convergence has moved progressively forward, rapidly rising companies have astonished the global public with their ability to expand and scale at a pace that was previously unknown. From this phenomenon, the term “hypergrowth” was coined.”

So, what rate of growth does a company need to hit in order to qualify as a hypergrowth company? 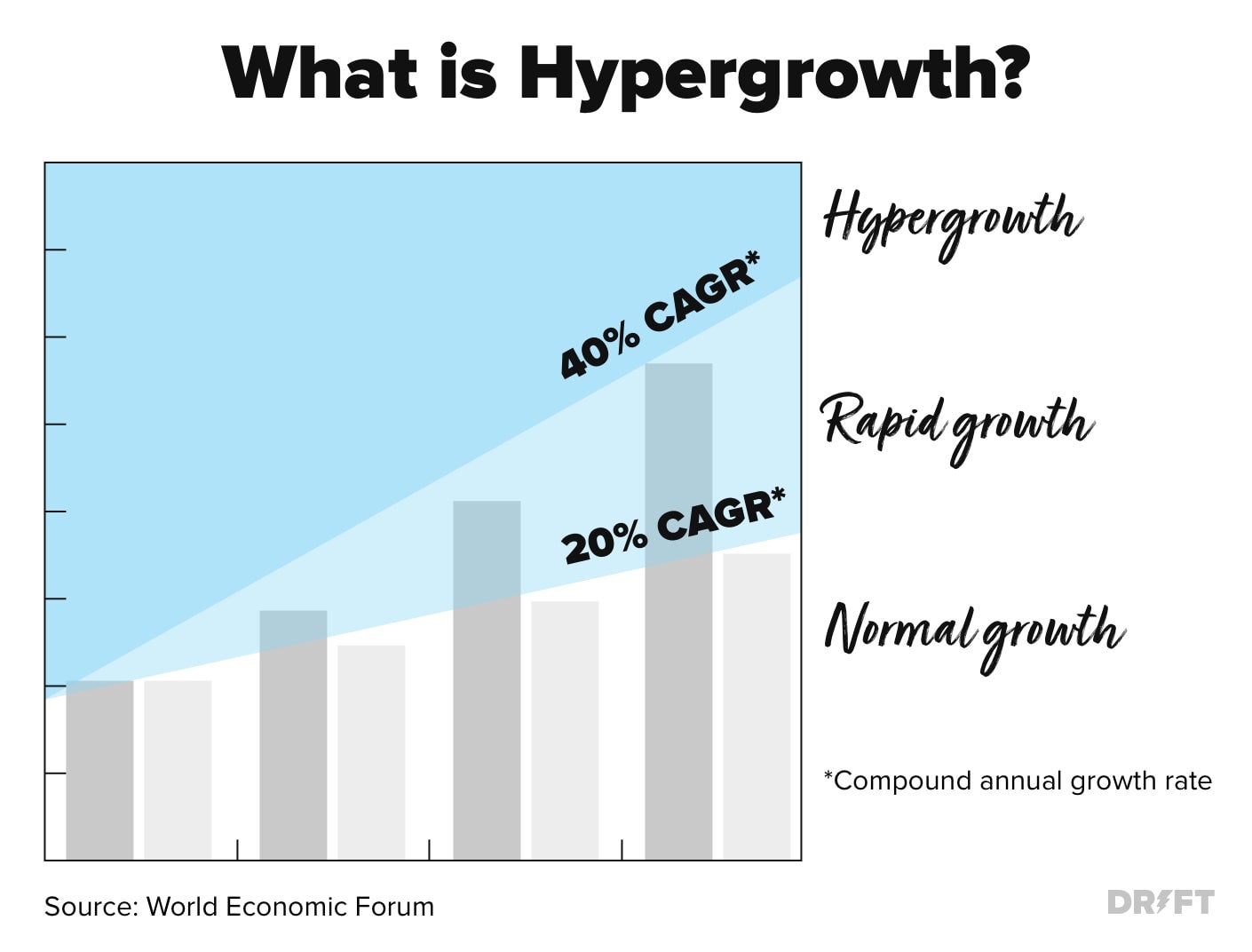 The World Economic Forum says companies need to have a compound annual growth rate (CAGR) of greater than 40%.

Of course, these technical definitions provide useful benchmarks. But in order to understand hypergrowth from a tactical perspective, we recommend thinking about it in three stages.

The 3 Stages of Hypergrowth

The Three Stages of Hypergrowth from Drift

The first stage you encounter along the Hypergrowth Curve is the Edison Stage.

“This stage of business is defined by invention. It’s the stage Edison went through when he was creating the light bulb. You’re investing all your time trying to figure out:

Can we actually build this thing?

Is it possible to build this thing?

And this is really the phase where patents come into play, where invention comes into play, and this is the first phase of a market.”

Example: When Salesforce came to market, bringing on-premise software into the cloud.

The next stage of the Hypergrowth Curve is the Model T stage. To quote DC:

“The Model T stage, just like the name implies, is when Henry Ford took something that had been previously invented, which was the automobile, and figured out how to bring it to the masses.

This stage is about building factories. And it’s about operational moats that you build in your business.

While in the Edison stage you’re still finding early adopters and building your tribe, in the Model T stage your tribe goes mass market.”

Example: When WordPress brought CMS and blogging to the masses.

When you’re in the Model T stage, it’s still relatively easy to stand out in your niche. You might have 10 competitors or so, so there’s low competition for attention.

But in order to transition into the final stage of the Hypergrowth Curve, you’ll need to change your approach. Because in the P&G Stage, you might be dealing with upwards of 100 competitors.

In the third stage, we cross the chasm into a global audience.

“This is the stage we (Drift) are in now, and we call it the P&G (a.k.a. Procter & Gamble) stage. Because in this stage, it’s all about investing in your brand.

In this stage, you’re trying to create a moat around brand, and brand preference.

You’re helping a global audience answer the question, “Why do I want to buy this brand versus another?”

Ultimately, there are two ways to excel in the third and final stage of hypergrowth:

“Those are the two ways to win in this world,” DC explained. “And disproportionate results go to the winners.”

While we already touched on some examples of hypergrowth companies in the previous section, I wanted to flesh out four additional examples in a bit more detail.

Let’s dive in, shall we?

Zoom is one of those companies whose name has become synonymous with its function. Just like Google and Uber are now verbs, so is Zoom.

So even before it went public last year (and before COVID-19 turned it into a household name in 2020), Zoom was already well on its way to hypergrowth.

Here are three things that contributed to Zoom’s success:

What do Amazon, Uber, Lyft, Shopify, Peloton, Warby Parker, Squarespace, and Postmates all have in common?

Answer: They all use Stripe to process payments.

In 2010, Stripe was just starting out, thanks to a seed investment from Y Combinator. Four years (and some heavyweight investors) later, Stripe’s valuation crossed into the billions. And in 2020, just a decade after its founding, Stripe clinched $600 million in funding, raising the company’s valuation to an impressive $36 billion.

Here are four things that contributed to Stripe’s success:

If you’re looking for the biggest software IPO in history, look no further than Snowflake. When it debuted on the New York Stock Exchange in September 2020, its shares more than doubled on this first day of trading: opening at $120, peaking above $300, and closing at a little less than $254. With 28 million shares sold, the company raised more than $3 billion (and is currently valued at around $70 billion).

Here are four things that contributed to Snowflake’s success:

Zapier got its start as a weekend project. Then in 2014, after being in business for only two years– with only one round of Series A funding totaling $1.3 million – Zapier pulled off a feat that takes most companies many years to achieve: profitability. Since 2016, Zapier’s ARR grew from approximately $10 million to more than $50 million.

Today, the has integrations with over 2,000 apps, adding 600 partners in 2019 alone (with Microsoft Teams, Google Ads, and DocuSign being a few notable mentions).

Here are four things that contributed to Zapier’s success:

So, how were Zoom, Stripe, Snowflake, and Zapier able to achieve this level of hypergrowth?

The Secret to Achieving Hypergrowth

After studying these hypergrowth companies, it became clear that there was one thread tying them all together – one key ingredient that would help them make it over the hypergrowth wave.

Zoom co-founder and CEO Eric Yuan said the company has been successful because, “from the moment we founded Zoom, our main focus has been to provide a cloud video communications solution that would make customers happy.”

He elaborated that, “the fantastic growth we’re experiencing and the many industry accolades we’ve received can all be attributed to having satisfied customers that enjoy using our platform. I’m delighted with our growth and grateful for our awards, but I believe our biggest accomplishment is creating a culture of happiness at Zoom.”

Zapier’s co-founder and CEO Wade Foster, meanwhile, once shared these words of wisdom in an interview:

“There’s one thing that everyone who works at Zapier, from developers to marketers, has to do: customer support. Everyone at Zapier spends time doing customer support. You don’t get hired and not talk with customers, that’s not a thing. If you don’t want to do customer service, go work somewhere else.”

The common thread here? Being customer-driven.

By listening to the needs and concerns of your customers, optimizing for their happiness and their success, and adapting to their changing preferences…that’s how you achieve hypergrowth.

Of course, becoming a customer-driven company is easier said than done.

As DC explained in the book HYPERGROWTH:

“Every company in the world will tell you they are customer-driven. They’ll believe in the principle. They’ll even have framed posters on the wall about it. “Solve for the customer.”

But after spending 20 years in my career building and leading SaaS companies, I’ve learned that none of that means anything unless you actually make the structural decisions to ensure it.

When I rebuilt the product team at HubSpot back in 2011, I wanted to see if we could get beyond slogans and mantras to structure it in a way that intrinsically placed the customer ahead of everything else.

I made a few decisions – in form, process, and culture – that were designed to safeguard the team against misdirection and ensure that customers remained central.”

For the full story of how you can use the customer-driven approach to achieve hypergrowth for your business, download the book for free: HYPERGROWTH: How the Customer-Driven Model Is Revolutionizing the Way Businesses Build Products, Teams, & Brands. 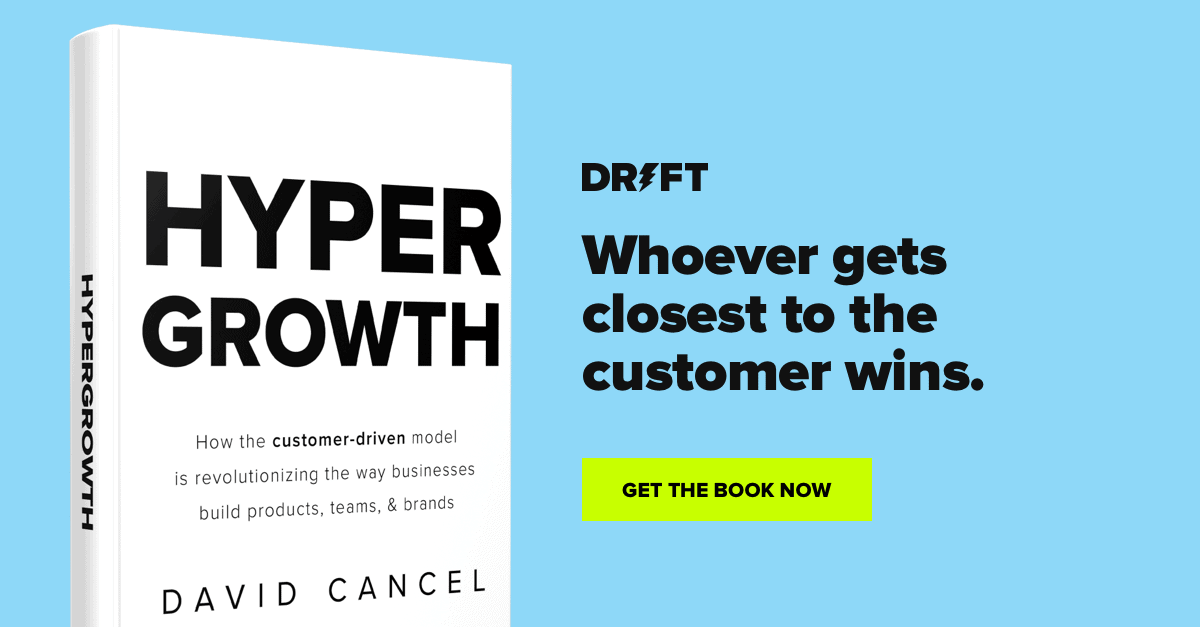 Editor’s Note: This article was originally published in 2017 and has been updated to reflect new information. 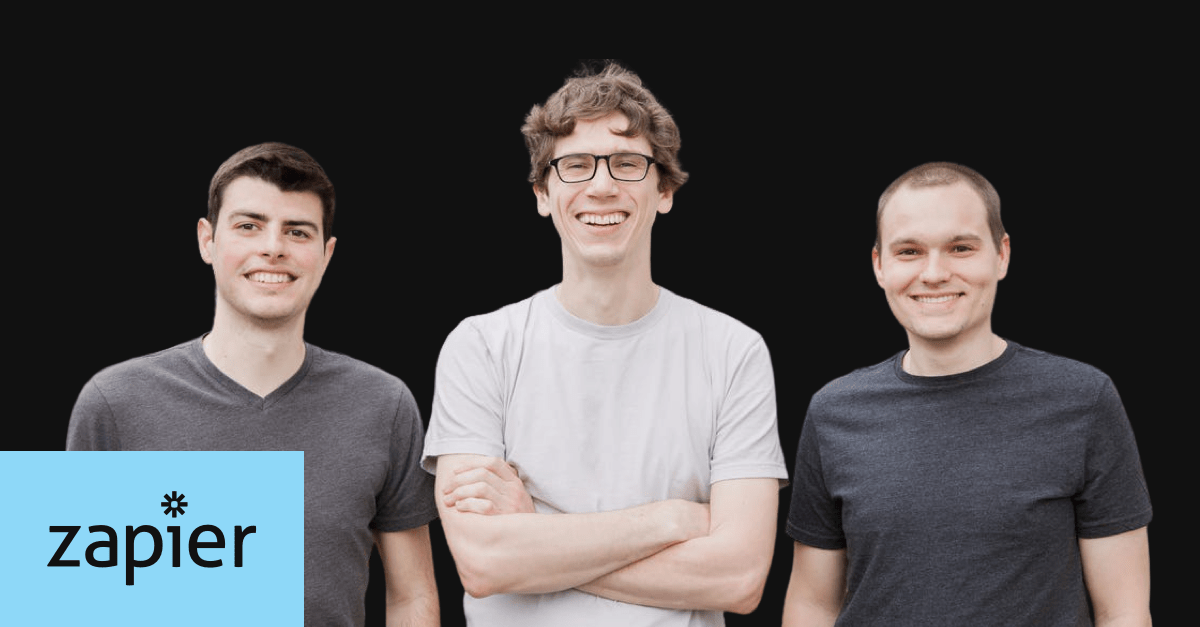 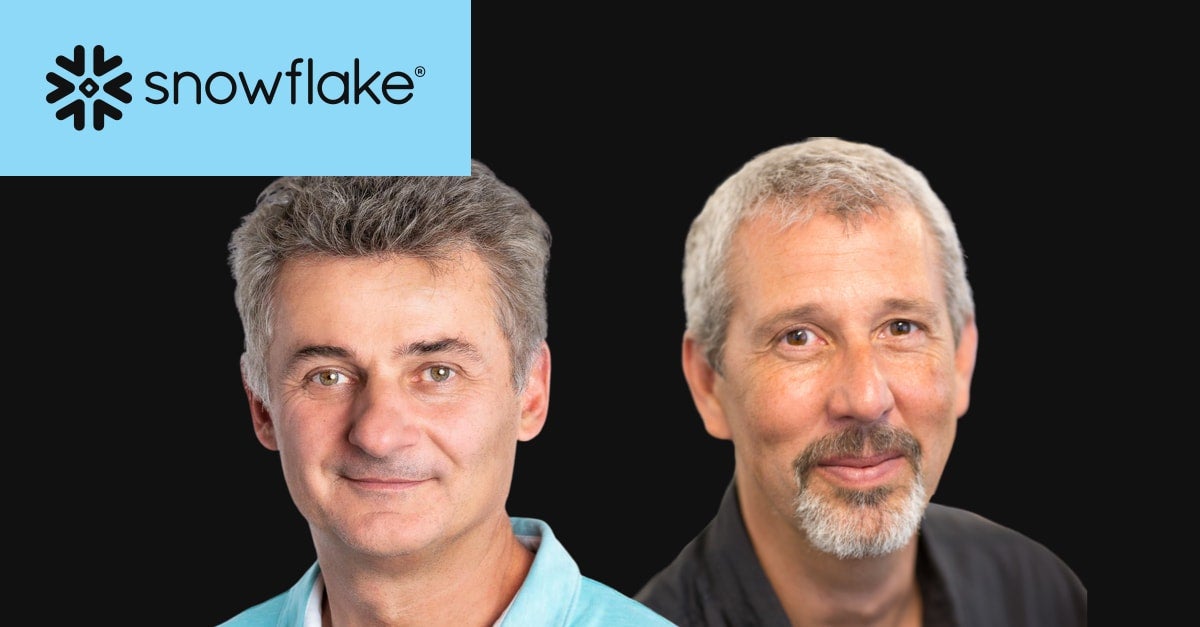 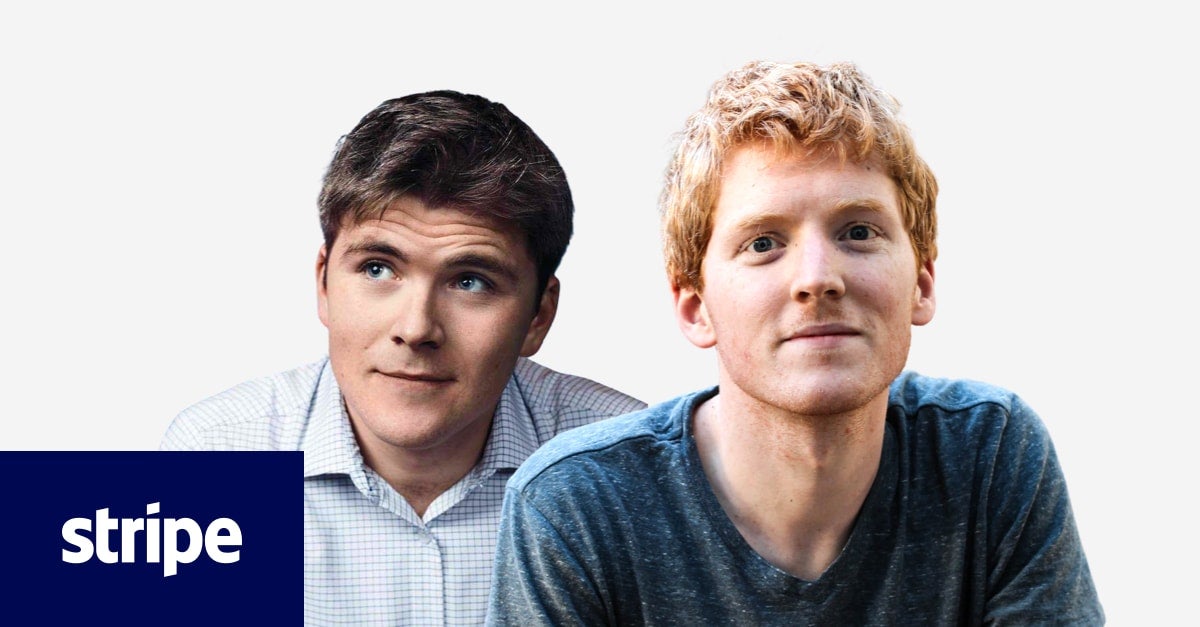