Is Your ICP Really Your ICP?

No seller likes the idea of a good deal slipping away. Maybe that’s why so many sellers fall into the trap of thinking they can help every account that graces their computer screen.

But this obsession only compounds the already-growing difficulties of being a great SDR.

Even if SDRs have enough self-control to only spend time working accounts that match the company’s ideal customer profile (ICP) exactly, that agreed-upon ICP might not actually be the best profile 😬

Not to mention there are plenty of distractions and time-sucks: tons of different tools, not knowing where or how to prioritize efforts, and not enough time to devote to all accounts. It’s a lot for any SDR to manage.

Because truly knowing your ICP is half the battle. You also have to know how to act on it.

The Danger of Assuming You Know Who Your ICP Is

How do SDRs really know that their ICP is their ICP, and how do they spend their time on the right people?

☝️ This is something I get asked all the time.

Following internal company assumptions and guessing which accounts are the hottest (based on cool logos or industries) doesn’t work. With the average tenure of an SDR clocking in at just 16 months, this is, unfortunately, the exact sort of gut decision-making many SDRs have to rely on.

67% of lost sales are a result of sales reps not properly qualifying potential customers before bringing them through the entire sales process. A lot of this can get resolved during the prospecting stage. During this stage, SDRs can also make sure to not target customers who will be likely to churn quickly. The weight of future success lies with small actions taken by SDRs every day.

Finding Your ICP in Real Data

There often is a difference between what your ICP is and what you want it to be. We see that over and over again.

When SDRs join a team, they not only feel pressured to work accounts that their AE says are a great fit, but they also make their own judgment calls daily on what companies to focus on – even though they’re not yet an expert in the industry or field.

SDRs also work accounts based on engagement, inbound activity, and other intent signals. But the downside is that those accounts don’t often match up with what AEs think should be the priority prospects.

It doesn’t matter what companies you know you can help. You have to focus on who you can help and who’s the most ready to receive that help.

An SDR could look at their list of accounts and think, SaaS companies look like who I want to target. But in reality, the marketing agencies are the ones that are engaging with the website and demonstrating a ton of intent.

Drift Prospector helps SDRs increase productivity by telling them which accounts to focus on and what to say.

When SDRs are armed with data, they can effectively push back on top-down advice. For example, a sales leader might say to stop bringing marketing agencies since they’re not the ICP, and the SDR could show real data that proves they might be the real ICP and are worth exploring.

Data doesn’t always necessitate a huge change. For a lot of our customers that are in the small-to-medium enterprise segment, they can make a bigger impact by adjusting an ICP earlier in the sales cycle than by trying to break into a completely new ICP.

Even when you know who your real ICP is and you know which companies fit that, there’s still the problem of having so much to do in so little time. Who do you reach out to first? Who do you spend more time with? What actions do you take?

For SDRs, the biggest value-add is in having an accurate ICP based on engagement data and then mapping that to daily priority decisions.

In the case of multiple ICPs, data can show SDRs which are the strongest and which individual accounts are the most ready for change.

With Drift Prospector, SDRs can run an experiment and see which plan of attack is more productive and leads to more meetings and opportunities. A/B testing and experimentation is really important in the SDR role.

A lot of SDRs don’t have the ability to challenge their management, but they should.

The reality is that because SDRs are on the front lines, they have a valuable perspective, and they need to be armed with data so that when they come to an AE or other sales leader with a suggestion, they can frame it as more than just a hunch.

Of course, you don’t want them going totally rogue. Open communication and mutual respect is essential. SDRs should discuss their findings with their AE or SDR manager and call the shots on where to prioritize their time based on the agreement they come to.

How to Prioritize Your Actions with the Hottest Leads

Let’s say an SDR has a list of 200 accounts. They can’t hit them all at one time because they’re a human being. Which accounts should they reach out to when?

If they work for a company that sells two-year contracts and so do all their competitors, it doesn’t help to reach out to them four months into their new contract.

But they should reach out to them 16 months within their existing competitive contract. And the way to know that is based on the engagement that they have with the company’s content. The account is starting to do their research.

When your SDRs know the real ICP and which accounts to prioritize, the next question is how should they connect with them.

Which channels should they prioritize?

Again, based on data, SDRs can also discover which accounts are most likely to engage via which channels, whether a personal email, social media engagement, or even a chat prompt.

Because SDRs are often not in the role for long, it’s really important that every new person has immediate access to expert decision making.

While the average might be 16 months, it’s not uncommon to see SDRs in their role for as short as nine months.

SDRs with nine to 18 months experience can start to figure out for themselves who to contact and when and with what channel.

But new SDRs with no industry knowledge are the ones who are really in need of data to help make priority decisions for them.

Why? Because daily insights and decision-making are more useful than standard training alone.

SDRs need something they can rely on every day to help them know how and where to spend their time, since they shouldn’t rely solely on top-down orders, gut-checks, or their own (lack of) experience.

What SDRs do every day is important. They deliver leads and build pipeline. Then they move on to fill other roles in your organization. The way I see it, 50% of the value of an SDR team is in booking meetings and building pipeline and the other 50% of value is building the company’s future sellers.

Supporting SDRs means supporting the health of your business – and I think we can all agree that creates a nice, impactful domino effect. 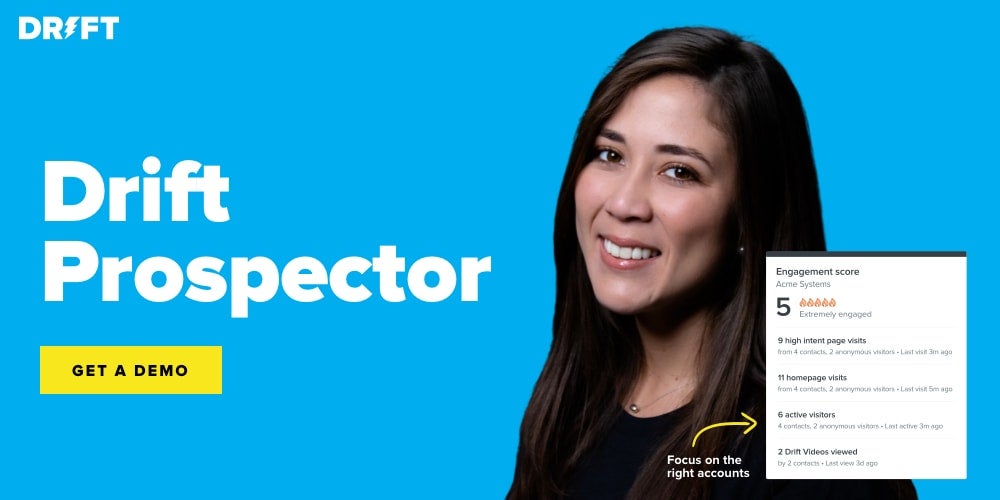