In Their Own Words: What Hispanic Heritage Month Means to 5 Members of Team Drift

Each year, from September 15 to October 15, Americans observe National Hispanic Heritage Month — to celebrate the stories, histories, cultures, and people whose ancestors originated from Spain, Mexico, the Caribbean, Central and South America, and Africa.

But this month is more than festivities, food, and celebration. It’s also a reminder that diversity and equality need to be a focus year-round.

More from our team on that 👇

Lack of diversity is an industry-wide problem. And Latinx representation is not anywhere near where it should be.

At Drift — one of just 2% of VC-backed startups led by Latinx founders — our goal is to always maintain a culture of inclusion, respect, and trust. We welcome all voices and perspectives because diversity of thought is what empowers us to continue to innovate within the B2B marketing tech space.

In our most recent discussion on The American Dream podcast, Drift co-founder and CTO Elias Torres invited four members of Drift’s Latinx employee resource group (ERG) – to share their stories in their own words: 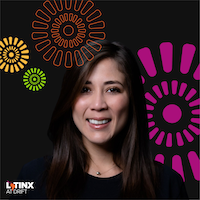 I was born and raised in Ecuador. I am a digital marketing specialist at Drift. 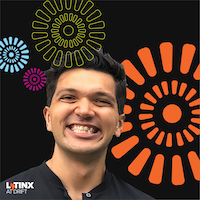 I’m of Mexican descent and was born in Chicago. I’m a first-generation American. I’m building out the Drift for Startups program at Drift. 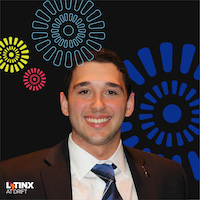 I was born and raised in Puerto Rico. I work on the customer advocate team at Drift. 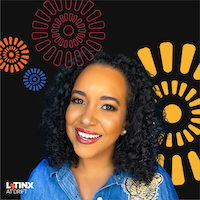 I’m of Puerto Rican descent and was born in Lowell, Massachusetts. I am a recruiter at Drift.

Breaking into the Tech Space

Technology is something that I’ve always been interested in. I moved from Ecuador to Florida when I was 16. Besides the challenge of moving as a teenager, there was also the language barrier and very little Hispanic community in the central Florida area.

When I graduated from college with a degree in communications, it seemed like everyone else knew exactly what career they wanted, and I wasn’t yet sure. I decided to stay focused on doing the best I could on the job that I had at the time. I didn’t notice that I was building transferable skills that would become useful in the tech industry, especially at a hypergrowth company like Drift.

For me, I set a goal and kept focused until I achieved it. But remember, there’s no right or wrong path. Staying flexible allowed me to see other opportunities and open routes. That’s been my mindset throughout my career.

I knew I wanted to be a builder, an operator. When I stumbled across “tech Twitter,” I was inspired to put myself out there and decided that I wanted to join a tech company.

But, I also wanted to make sure that the company’s culture was the right fit for me. I had been following Drift for a while but hadn’t reached out to anyone yet about potential jobs. I was so impressed by the December 2020 RevGrowth event that I decided to tweet a jingle and tag David Cancel and Elias. I could have very easily received no response to my post, but instead, DC ended up retweeting it.

Jingles were my way of testing whether I could bring my full self to a company, so this told me more about Drift’s culture than an informational interview could have. After that, I became extremely interested in joining Drift. I began reaching out to people from my network who worked here to pursue a career.

Over the years, I’ve learned that rejection isn’t the end of the road. Sometimes, it helps you to identify areas you need to improve and where you can double down on your strengths. That said, one of the things that was always on my mind during job interviews was my disability. In this remote world, it doesn’t matter as much, but before, I would always wonder if I should mention my disability beforehand and what interviewers would think when I came through the door in a wheelchair.

In terms of breaking into the tech industry, be confident that you have the ability to get to where you want to go. It doesn’t matter what your path has looked like up to that point.

And just because someone tells you ‘no’ now, it doesn’t mean you shouldn’t keep that effort and momentum going.

What Does Hispanic Heritage Month Mean to You?

Growing up in the U.S. with Puerto Rican parents, I’ve always questioned where do I really belong? During this month, it’s our turn to share more about our people, our cultures, and for others to learn why we’re proud of what we do. For me, it’s really a month of feeling like I belong.

Leaning into my identity helped me to get through feeling out of place amongst new people and a new culture.

This month is about knowing that our pasts form the foundation for our futures and striving every day to help others get to where they want to go. As long as we honor our roots, we can continue to create new paths and opportunities for others.

Paving the Way for Future Generations

One thing we all have in common is that someone along the way decided to help us out or open a door for us. We all had someone who took a shot on us and saw our potential. For me, it was my tennis coach when I moved to the U.S. He was this older Ukrainian guy from the military, we were total opposites, but he took me under his wing. He was like, “Hey, I think you can pay your college education with tennis.”

And that one decision to take me under his wing made such a big impact on my life. He guided me through the process of what an ACT was and what the score I needed in order to play for a certain university. Without that push, I wouldn’t have been able to build a network and all of the things that ultimately led me to my first job and eventually to Drift.

We’re part of an ERG called Latinx at Drift. Our group’s mission is to provide a sense of community and belonging to Latinx employees. Through that connection, especially in a virtual environment, we can help each other both personally and professionally. Hopefully, the value in this group shines through to prospective employees and competitors.

From a recruiting standpoint, it’s always fascinating to speak to individuals who have such an excitement for Drift’s product and brand based on what they’ve seen through our content. I love being able to speak to them about how our initiatives help underrepresented people break into the tech space with zero or  few years of experience.

Does Drift sound like the place you want to grow your career? Check out our current openings here.

I’ve loved hearing these stories from fellow Drifters, and now I’d like to share one of my own. I was 17 when my mom, my two brothers and I immigrated to Tampa from Nicaragua. Now, 26 years later, I’m proud to be a co-founder of Drift with such a talented and resilient team.

I want to stress the importance of speaking up for yourself and others. Many times we lack the confidence to advocate in the fight for equal information and access for underrepresented minorities. I really appreciate Hispanic Heritage Month because it gives us all this extra push to speak up.

That being said, I don’t wait for this one month to defend Latinx people in this country. Hispanic Heritage Month is a conversation starter, but diversity, equity, and inclusion are ongoing efforts. It’s up to each of us to take responsibility for improving the state of diversity in the tech industry, and beyond.

You can listen to the full podcast episode here. And while you’re at it, make sure you’re subscribed to The American Dream so you don’t miss out on another episode. 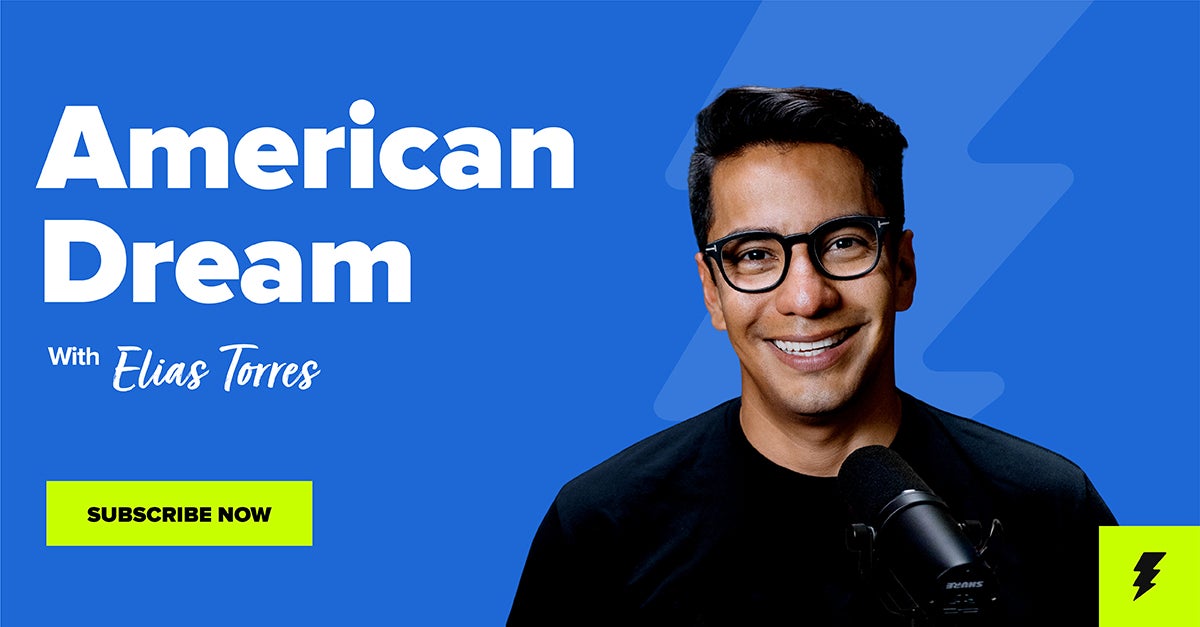 How to Take Racial Bias Out of Software
See More 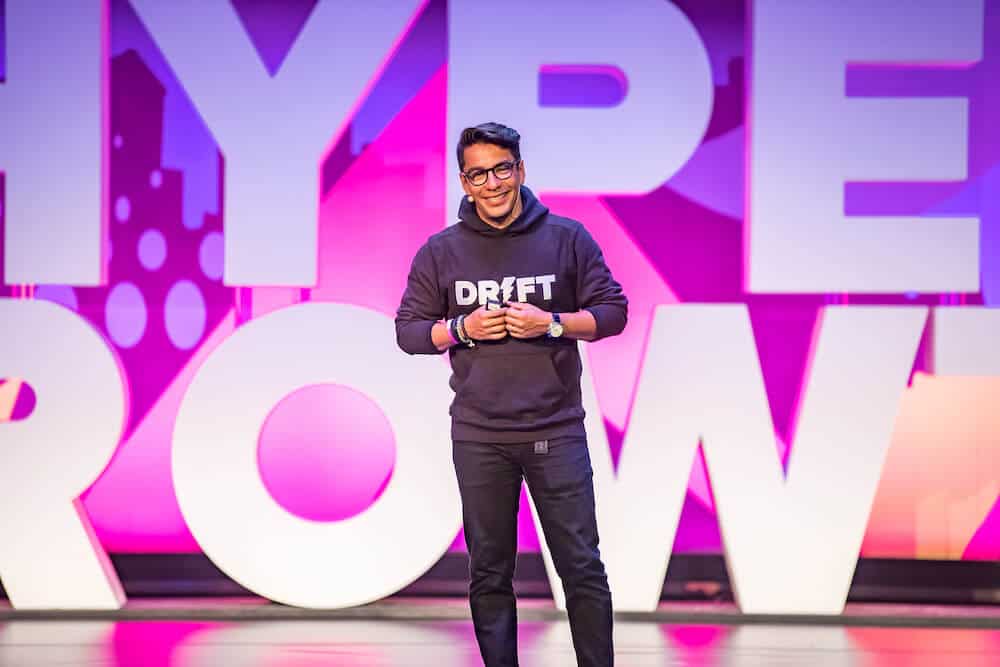 I Immigrated to the U.S. When I Was 17. I’m Now Part of the 2% of VC-Backed Startups Led by Latinx Founders.
See More 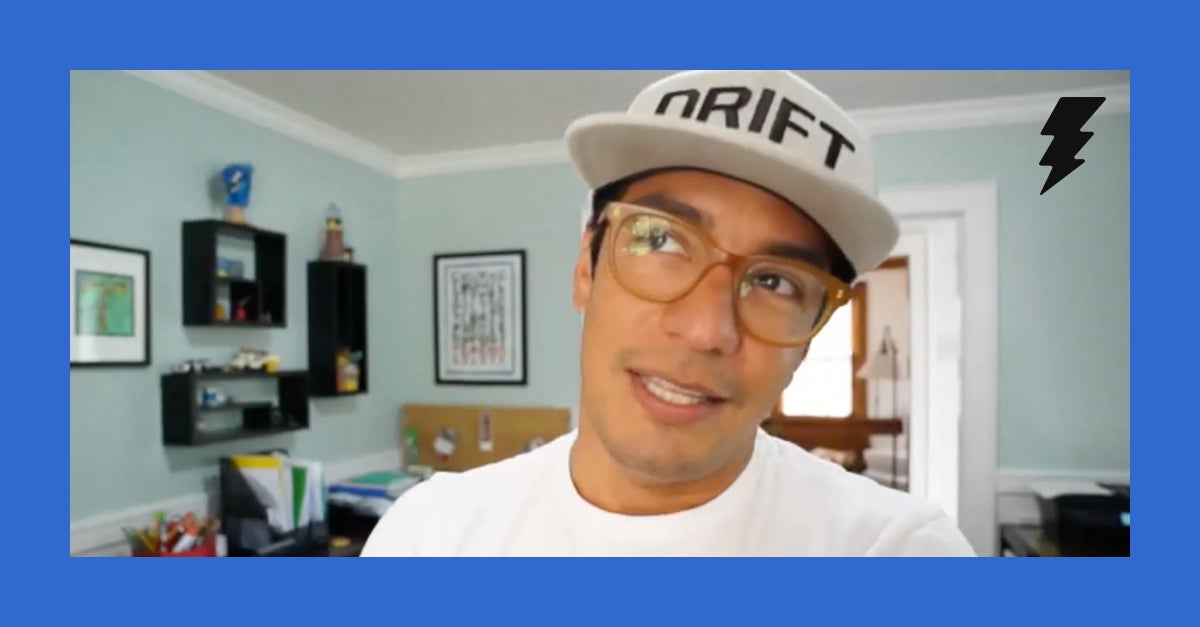