Choose Wisely: You’re The Average Of The 5 People You Spend The Most Time With

You can get Seeking Wisdom on Apple Podcasts, SoundCloud, Spotify, Stitcher, Google Play Music, or wherever you get your podcasts. Listen to the full audio version below? or keep scrolling for more insights from DC and DG.

Who are the five people you spend the most time with?

Take a minute. Really think about it.

Before you think this is headed down some kind of creepy, self-help path, I promise you it’s not.

Let me explain why these five people matter.

It all goes back to our human desire to fit in. In a way, we all want to find our tribe and be like those around us.

Chalk it up to evolution.

When you think about it, several hundred years ago, you did whatever you could to be like others in your tribe and not rock the boat. Because getting kicked out of the tribe would prove to be fatal.

And it’s not hard to see how that instinct to fit in carries over into our lives today.

You see, despite how far technology and our lives have advanced in the last 100 years human evolution has yet to catch-up; we still carry around the same evolution imperatives that our great, great, great grandparents did.

This is where the idea of the five people closest to you come in.

But the truth is we can’t. It’s too hard.

Human nature always wins in the end. So you end up picking up the bad habits – sloth, envy, greed, (you get the picture) – of those you surround yourself with.

And if my human nature example isn’t cutting it for you, I’ve got some more recent research to back me up.

DG shares this piece from Brad Stulberg for Outside. It’s called “Good Vibes Are Contagious,” and it explains how our emotions spread way further than we think.

Pain, happiness, sadness. These are all emotions that have been found to be contagious.

And to nerd out on this just a little more, Brad’s article points to research that shows that even emotions that are considered below-the-surface can be contagious.

Like motivation. And how that can in turn be tied to job performance.

–From “Good Vibes Are Contagious” by Brad Stulberg. Outside.

Now that’s a crazy impact to see. But then again, if any of you have had a deskmate from hell, maybe that doesn’t come as much of a surprise to you.

Because Brad’s article goes on to share research about how emotions can spread virtually.

Again, probably not a shocker for anyone who has spent a minute on Facebook.

Emotions like happiness, sadness, and anger spread like wildfire on the platform. (Not that you needed a study to prove this.) This science all points toward the same basic truth: we are mirrors reflecting onto each other. The people we surround ourselves with shape us, and we shape those around us, too. The implications of this truth are important and actionable.

– From “Good Vibes Are Contagious” by Brad Stulberg. Outside.

Before I run the risk of putting you into a state of doom and gloom, I want to present a fix that DC and DG suggest in the podcast.

Something you can do that will provide a big change – now.

Do a social media audit. Think of it as digital spring cleaning.

Are the people you follow sharing a reality and a future you want for yourself? Do they bring positive energy into your feed (and your life)? Are they taking you in a direction want to go?

Unfollow those who aren’t adding positivity or value. Make more room in your feed for people who inspire you, people you can learn from, people who are your role models.

You have the power to shape your reality. Just start using that ‘unfollow’ button.

There’s a lot more insights from DC and DG in the podcast. Listen to the full episode below?

Like this episode? Be sure to leave a ⭐️⭐️⭐️⭐️⭐️⭐️ review and share the pod with your friends! You can connect with DC and DG on Twitter @dcancel @davegerhardt. 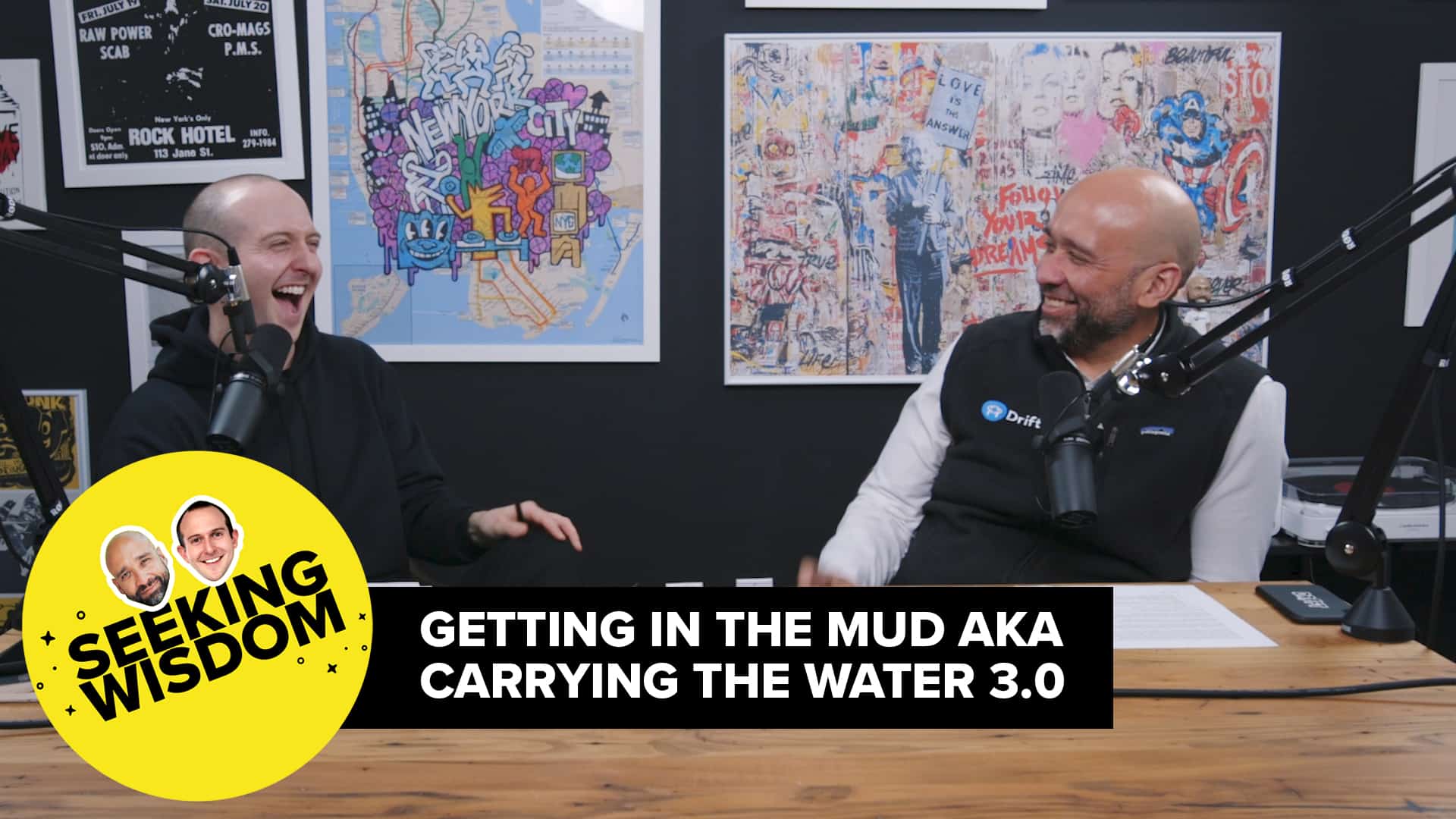 Getting In The Mud aka Carrying The Water 3.0
See More 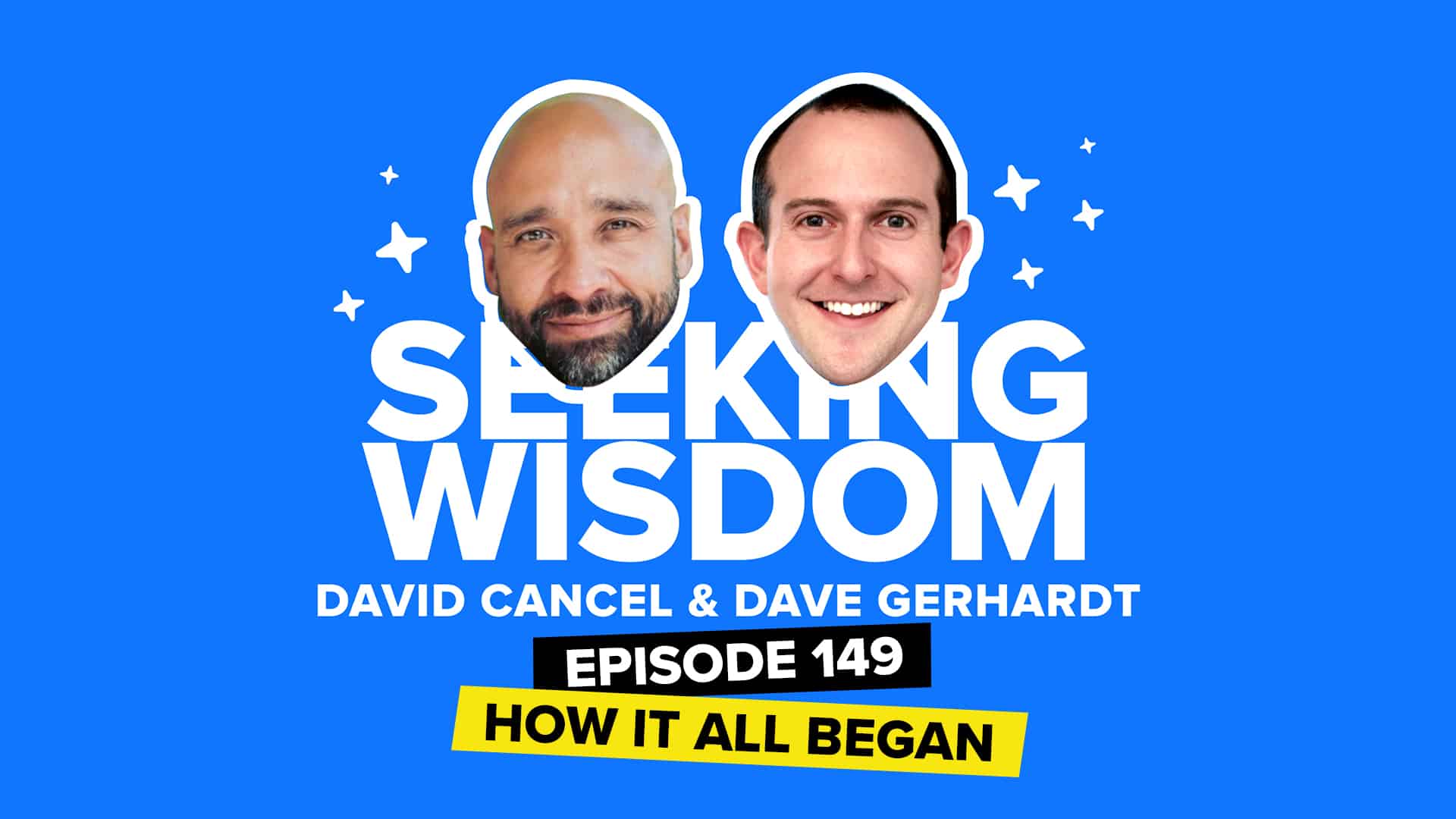