Coffee With a CMO: Lessons From Tim Kopp, Scaling ExactTarget 10x Into a 400M Dollar Business 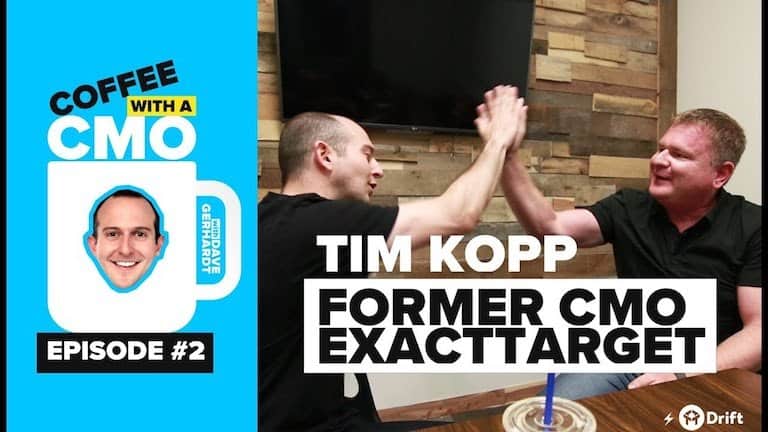 Trust me: you want to be on Tim Kopp’s coaching tree.

Tim has learned to identify exactly what separates would-be marketing executives from those who wouldn’t make it. His time as a marketing leader for Procter & Gamble, Coca-Cola, ExactTarget, and now as a venture investor, has helped him train up a lot of marketers, many of which have gone on to be CMOs and VPs of Marketing themselves.

In the second episode of Coffee With a CMO, DG talked to Tim about the makeup of those would-be marketing executives, what he learned from scaling ExactTarget 10x, and how your hiring needs change as the company grows.

Here are some of the best lessons we learned from the interview.

P.S. – We have A LOT more interviews lined up with the most accomplished CMOs in the game. If you’re into that, subscribe here to never miss an episode.

In his time at ExactTarget, Tim was in Indianapolis and could barely find anyone with software experience.

Instead of experience, he had to look for people that fit a profile, people with leadership, problem-solving, and communication skills. It was on-the-job-training to the extreme, with some of his best leaders coming from the military, the teaching profession, and window sales.

Within a 100-200 mile radius there were a number of great universities, so he could hire brilliant people who just hadn’t been exposed to the particular role he was hiring for.

“I think one of the most important parts of learning, personally and professionally, is just exposure,” Tim said. That’s why he tried to expose his team to a lot of things, then let them find where they really fit.

It worked—but it wasn’t enough by itself.

How does on-the-job training scale?

You definitely create some debt, hiring people without much experience, since you can’t just plug them in and go. So how do you scale a hiring model like that?

The answer is “marketing from the inside out.” Your best marketing should be pointed internally first to make sure that people live and breathe the training you’ve given them.

For ExactTarget, this meant flying new team members in no matter where they were for a week at headquarters. Full immersion. After all, if you can’t get the people at your own company excited, how are you ever going to get a customer to be?

The Most Important Lessons From Scaling a Company 10x

Tim helped drive incredible growth for ExactTarget. He told us that experience taught him many things, but two in particular.

1) If you can’t prioritize, you’re in big trouble 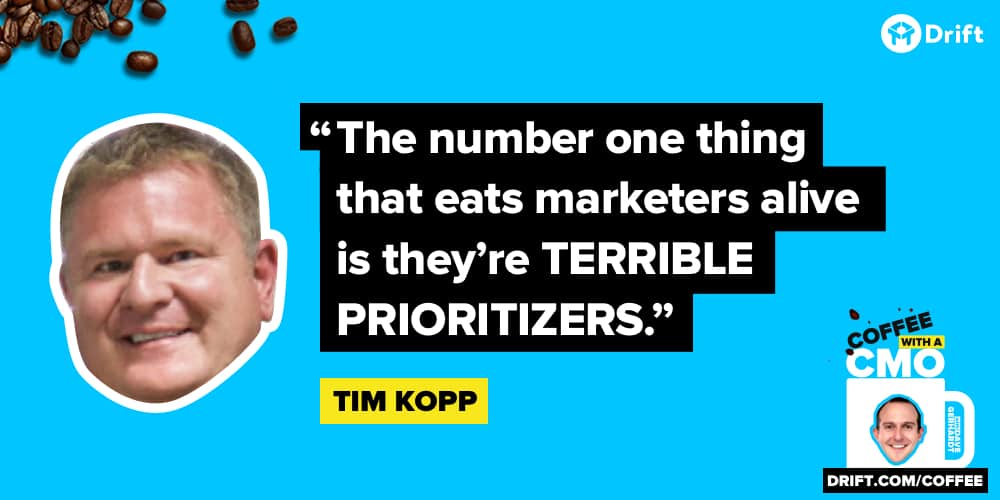 You can’t do it all yourself, so you’ve got to figure what really matters and how to execute those items. In Tim’s case, he went out, got into the market, visited with the sales team, found out all the problems they had, then built out a big list of 73 problems.

They needed better sales collateral, and to rebuild the website. They needed a lot of things. But he focused on which solved problems would make the most impact, then compared that list to the resources he had.

Even though Tim grew up as a brand marketer at P&G, he understood an important reality. “At the end of the day,” he said, “you build your credibility by delivering demand-gen. So don’t fight the numbers.”

Get to know the CFO and the finance team; make them your best friends. For every dollar they give you, aim to give them $3 back. Then you can build up the political capital to go off and do some of the other things you want to do.

He actually thinks building a brand has a bigger impact on demand-gen than pure demand-gen does, but that’s something you have to prove out over time. In the beginning, you have to show results. The way he did that was to identify the five or six things out of the 73 that he really wanted to knock out of the park. Better to do five things really well than to do 50 things half-assed.

“If you’re not great at collaborating cross-functionally and setting priorities,” Tim said, “you die.”

2) Are you hiring athletes or snipers?

To scale a company, you have to understand the pendulum swing between hiring generalists and specialists. You have to know when to hire “athletes” and when to narrow your focus to “snipers.”

In the beginning, you want athletes. You don’t need anyone who’s world-class at SEO just yet. Later, you can hire specialists.

The tendency is to hire someone who is the best in the world at affiliate marketing. That’s great, but when you’re in a world where priorities change all the time, you have to hire accordingly. 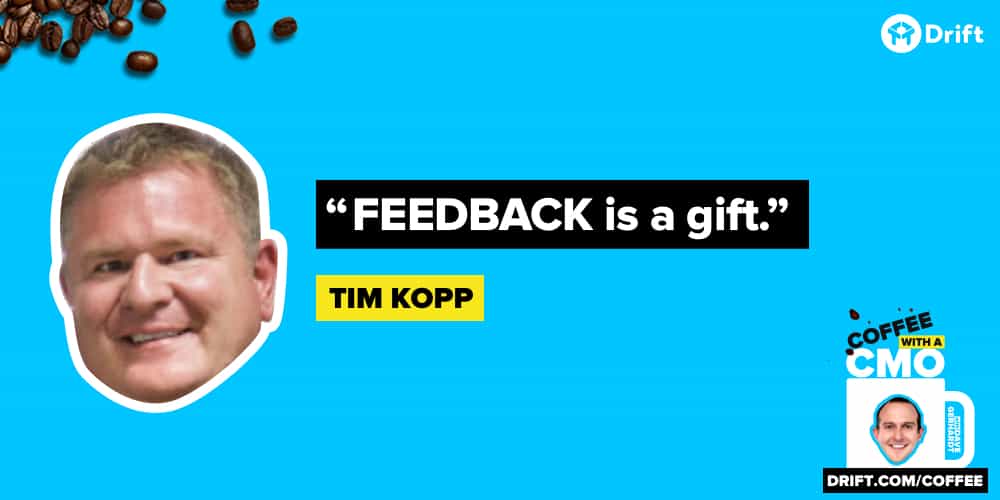 Tim has groomed a lot of CMOs and VPs of Marketing. We asked him what separates them from the marketing managers who think they want to grow but aren’t ready.

He likes to expose people to management experience as early as possible. While there’s nothing wrong with being a senior manager, he’s found that those who want to move up but aren’t ready generally lack the balance of necessary soft and hard skills. In some ways, too, you have it or you don’t.

More than anything, though, the differentiators are these three things:

The third one might be the toughest for most professionals.

“Feedback is a gift,” Tim said. “The only way we’re going to learn is if I care about you and you care about me and we give hard feedback when we’re not doing things right.” (check out our Seeking Wisdom episode, Comfort Is The Enemy of Growth).

Want a seat at the table for the whole interview with Tim? Pull up a chair by watching the full episode below.