Sales is hard. It’s a constant grind of reaching out to prospects, taking meetings, and trying to convince those prospects that what you’re trying to sell them will solve their problems. And that it will solve those problems better than the competition. Buyers today have endless choices and higher-than-ever expectations. Like I said, sales is hard. And getting harder.

So what’s a salesperson to do? How do you differentiate yourself in a sea of sameness? You have to build rapport. You have to build trust. And in the past, the only way to do that was over the phone, via email or an in-person meeting. But take this into consideration: On average, people get over 90 emails sent to their inbox every day. And let’s face it – no one wants to talk on the phone anymore. And scheduling an in-person can be downright impossible. So if not email, phone or face-to-face, what are we left with?

Video is now the preferred format when it comes to consuming content. Over 1 billion hours of video are watched on YouTube every day. So you’re probably thinking, “Cool, but how does that translate to B2B?”

Video fits perfectly into every stage of the sales process. Yes, businesses have different sales processes but for simplicity, you can usually break it down into three main phases:

Video can be used successfully in each of these.

Let me show you five ways you can use video throughout your sales process to help engage with more buyers, accelerate the sales cycle, and close more deals.

Breaking into an account is incredibly hard. Like I mentioned above, buyers are inundated with prospecting emails. But the problem with email is that they all look the same – a lot of text and no visuals. Without the ability to show a face, you can’t build that human connection needed to garner a response. Not to mention it’s incredibly hard to add value with just text.

On the other hand, video allows you to cut through the noise by sending a quick intro or gif. It’s eye catching and you’re able to show the prospect that there’s an actual human behind the email.

Did you know that emails containing videos have been shown to receive 4 times higher click-through rates than emails without? And why is that? Because you’re providing value before ever getting on a call. 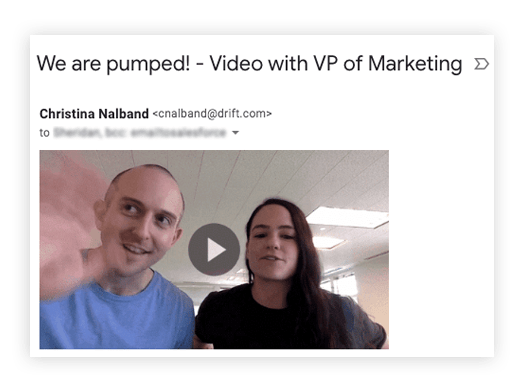 Let’s take a quick poll: How many people have accepted a meeting from a vendor that they weren’t actually going to show up for ?‍♂️. I’ll be the first to admit that I’ve definitely done that. The only real defense against meeting no-shows is to send a reminder via email. But like prospecting emails, it’s usually just plain text. And those are easily ignored.

You need to build emotional equity with your prospects. If you have a great relationship with your prospects, they’re much less likely to stand you up. Because if someone were to send me an email that had a video of them telling me how excited they were for our call…I would have been way more inclined to actually attend the meeting. At the very least, I’d email them back to let them know that I wasn’t interested. That’s just common courtesy.

Using video this way can really drive up your meeting show rates.

If you ask most reps how they feel about sending recap emails after a meeting, you’re not likely to get a very positive response. It’s abysmal actually. But can you blame them? It’s time-consuming and they usually have another meeting they need to get to.

So instead of wasting cycles typing up your notes, you can use video to record a quick 1-minute summary of everything that was covered in that meeting to more effectively communicate next steps to keep the deal progressing. 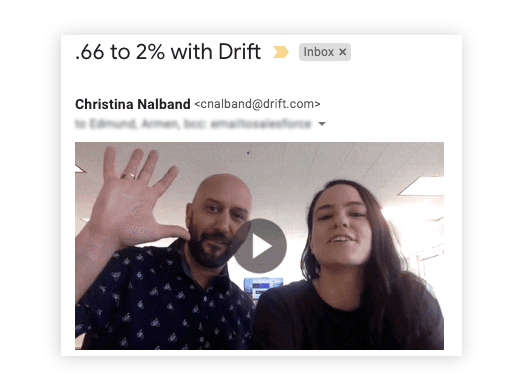 4. Getting Internal Buy In

Most times when working an opportunity, there will be multiple stakeholders involved in the buying process. Usually what ends up happening is that your message gets lost in translation moving from internal champion to buying committee.

With video, you can arm your champion with what they need to successfully sell for you internally. Whether that’s sending a video going over a case study, a product demo, or covering any technical questions that might come up, this allows you to control the conversation and accelerate the approval process.

There’s no better feeling than when you reach this stage of the sales process. You’ve proven value, you’ve found a need, and the prospect wants to move forward. But a lot of the time, there are last minute questions that come up around pricing or contract terms forcing you to go back and forth over email trying to get to a resolution.

With video capture, you’re able to quickly clear up any confusion there might be around specific questions or terms within the proposal that may have been hard to communicate over email. Bonus points if you can get your legal or finance teams to jump in the video with you to go over anything blocking the deal from going through.

Video can help a stalled deal move along, help you better engage with prospects and make that cold intro so much warmer. There are dozens more use cases for using video to sell.

What are some ways you find video successful in your own sales process? Let me know by shooting me a note on LinkedIn. Better yet, send me a quick video ? 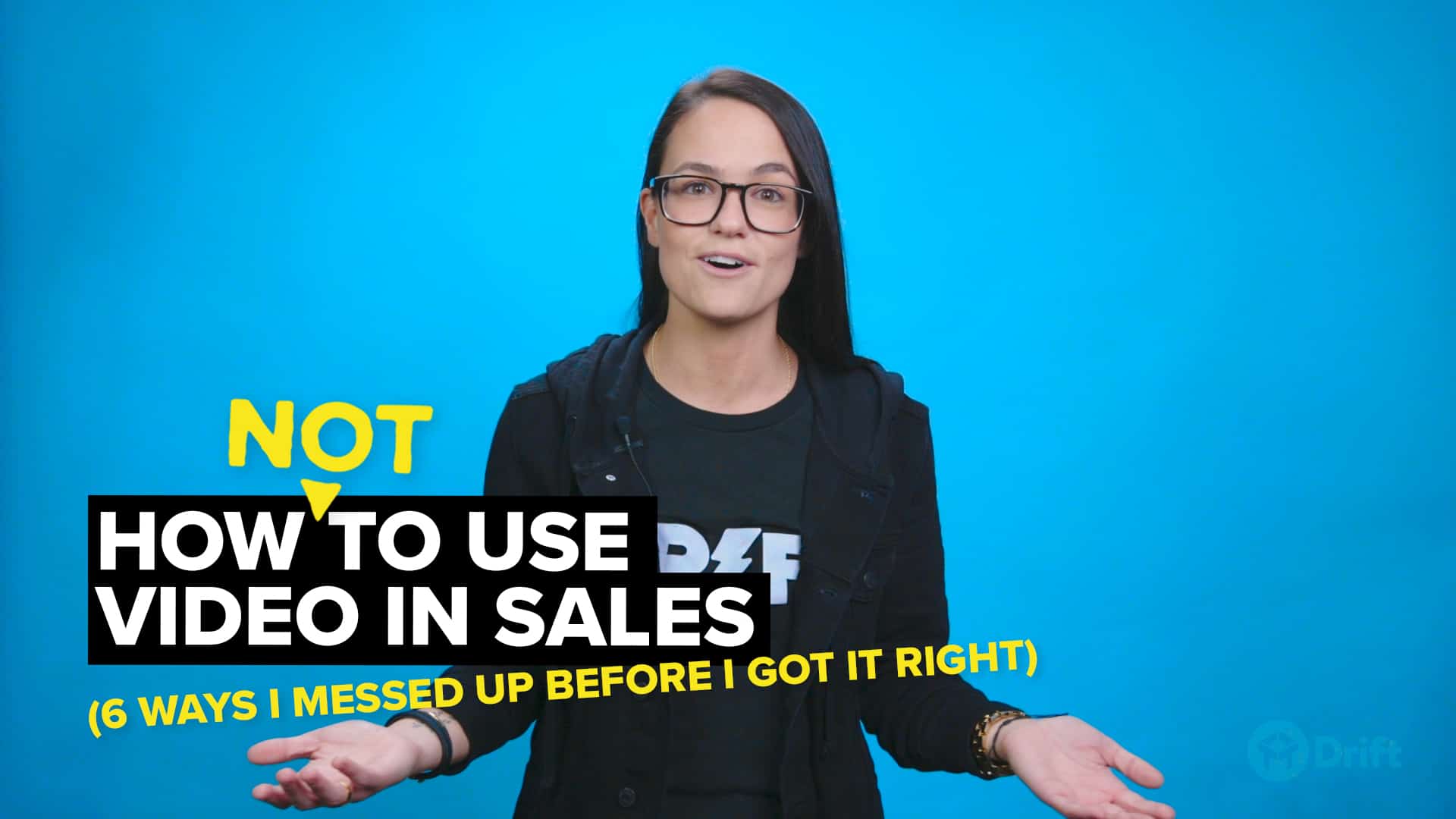 How To Use Video In Sales: 6 Ways I Messed Up Before I Got It Right
See More 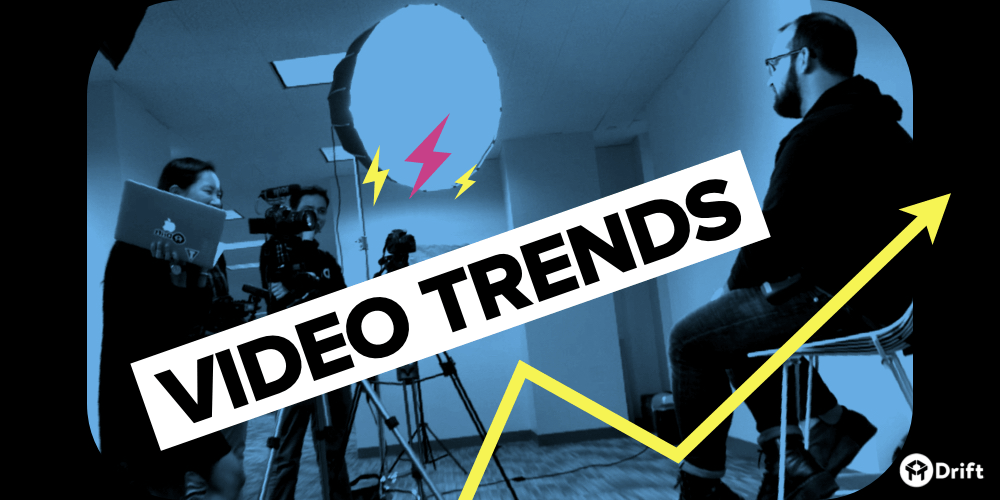 The Future of Video Selling: 4 Essential Sales Video Trends Salespeople Will Turn to in 2020 (and Beyond) to Grow Revenue and Close Deals Faster
See More