Conversational marketing leader is the only Boston company to be featured among LinkedIn’s top startups of 2018
September 19, 2018

The awards are the latest achievements for Drift, having already been named SaaS Company of the Year by New England Venture Capital Association and a finalist for the Boston Business Journal’s Best Places to Work 2018. This recognition follows the company’s growth from 30 to over 200 employees over the last year; its acquisition of Siftrock, a Seattle-based company that helps B2B marketers manage email replies at scale, announced at HYPERGROWTH East in Boston this month; and the opening of its new offices in Seattle, WA, also announced at HYPERGROWTH East.

The Forbes 2018 Cloud 100 is the definitive list of the top 100 private cloud companies in the world, published by Forbes in collaboration with Bessemer Venture Partners and Salesforce Ventures. Drift was one of only seven Massachusetts companies to make the top 100.

Entrepreneur’s list is the only ranking of its kind that celebrates high-performance work cultures, for fostering innovation and employee growth. Drift ranked placed in the top 50 among midsize companies, and was one of just 150 small, midsize, and large companies combined to make the 2018 list.

LinkedIn’s Top Startups of 2018 list ranks the year’s 50 best startups across the U.S. Drift was the only Boston company to be featured among the top 50, and joins companies like Lyft, Bird, and Coinbase as one of the most sought-after businesses in the United States.

“These three awards exemplify what we’re working to build here at Drift, as a company, as a team, and as people” said David Cancel, CEO and Founder, Drift. “It’s great to be recognized for how quickly we’ve grown, but what’s better is to be recognized for the culture that our team is creating at Drift. We’re dedicated to building a diverse, inclusive environment where all voices are heard and everyone feels like they’re equally invested in our mission in building an enduring company and driving us forward, together.”

Entrepreneur’s list pulls together 150 winning companies, separated out among three categories: small, midsize and large. These winners are evaluated based on 10 criteria, ranging from agility to collaboration.

Meanwhile, LinkedIn’s top 50 startups singled out Drift’s conversational marketing, and their capacity for removing friction from the B2B buying experience, qualifying leads and shortening sales cycles by up to 63 percent, as a key contributor the company’s placement as a Top Startup. The list is determined by four factors: employee growth, jobseeker interest, LinkedIn member engagement with the ranking companies and their employees, and how successfully those companies recruit talent from the LinkedIn Top Companies list.

Follow Drift on Twitter and Instagram for more on the company’s workplace culture, or visit Drift.com to join the team. To meet members of Drift in person, register for HYPERGROWTH West, set for Sept. 24 in San Francisco.

About Drift
Drift is the new way businesses buy from businesses. With its quickly evolving set of tools and playbooks, Drift is the world’s leading conversational marketing and sales platform. Over 50,000+ businesses use Drift today to build better pipelines faster by connecting them now with customers who are interested now. Based in Boston, Drift was founded by serial marketing technology entrepreneurs David Cancel and Elias Torres, and is backed by leading venture capitalists including CRV, General Catalyst and Sequoia. Learn more at drift.com. 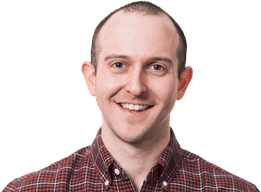