May Is #NoForms Month: Learn About the Alternatives to Lead Forms All Month Long 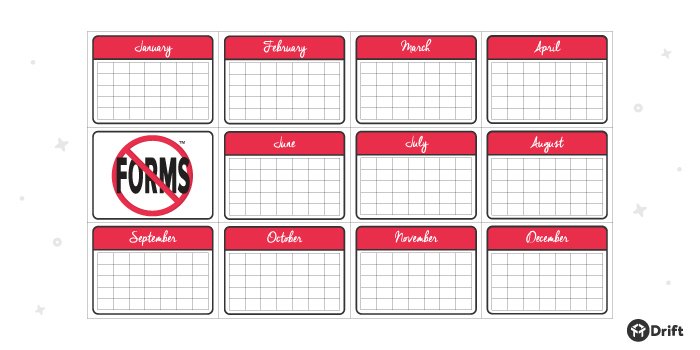 It’s hard for us to believe, but it’s been a full year since we made the decision to get rid of lead forms and ungate our content.

To celebrate, and to help the community learn more about the #NoForms movement, we’ve officially declared the month of May #NoForms Month here at Drift.

Here’s Dave to tell you more about it:

#NoForms Month: What to Expect

We’ll be celebrating #NoForms Month across all of our marketing channels, including right here on the Drift blog, where we’ll be publishing fresh content about replacing lead forms every week.

We’ve also created a dedicated site page for #NoForms Month, where you can find resources and stay up-to-date on all of the latest #NoForms Month happenings.

On Twitter, we’ll be using the hashtag #NoForms to share content and to get the conversation going around replacing forms. For a chance to win a #NoForms sticker and other Drift swag, be sure to tweet at us. 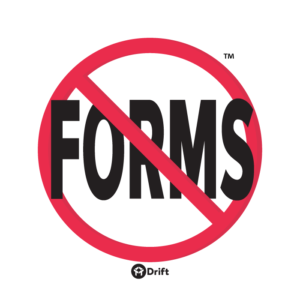 You can also say hi to us on Facebook and Instagram, where we’ll be sharing photos and other resources all month long.

Finally, if you’re Interested in how you can use messaging to capture and qualify leads in real-time (no forms required), Dave will be running a free webinar on three separate dates: May 17th, May 24th, and May 31st.

At Drift, we saw that the traditional forms-based approach to sales and marketing wasn’t working as well as it used to. Conversion rates were slipping, and people seemed to be getting more and more fed up by the whole process.

Ultimately, lead forms and follow-up emails/phone calls don’t match the way that people like to communicate these days.

According to research from Twilio, the average consumer has 3 messaging apps on their phone’s home screen and sends an average of 3 messages per hour.

That same study found that 3 out of 10 people would be OK with giving up phone calls and replacing them entirely with messaging.

The takeaway: Messaging has become a massively popular communication channel, one that’s been eating away at phone and email.

Today, 9 out of 10 people want to be able to use messaging to talk to businesses, yet Twilio found that less than 50% of global companies have the tools in place to provide what customers are asking for.

At the end of the day, it’s always easier to stick to the status quo, and to stick to the plays that you know how to run. But when those plays stop producing the same results that they once did, your choices are either to adapt or watch the business fail. 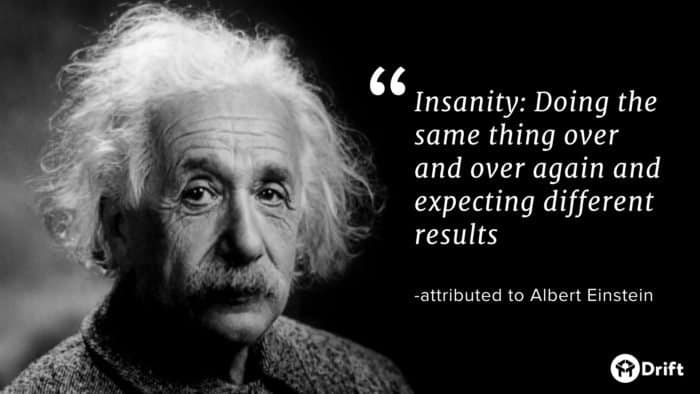 In a world where messaging exists and is incredibly popular, why should anyone have to fill out a form and wait for a follow-up email or phone call in order to talk to a business?

So for a year now, we’ve been developing a new approach, one that replaces lead forms with messaging. And in a recent post, we shared four reasons why it works better than the traditional, forms-based approach:

Throughout the month of May, we’ll be sharing more stats as well as customer stories that show how messaging is poised to replace lead forms and revolutionize sales and marketing.

For more resources on how you can get rid of lead forms, visit the #NoForms Month page.