This Is How You Break Free From the Competition 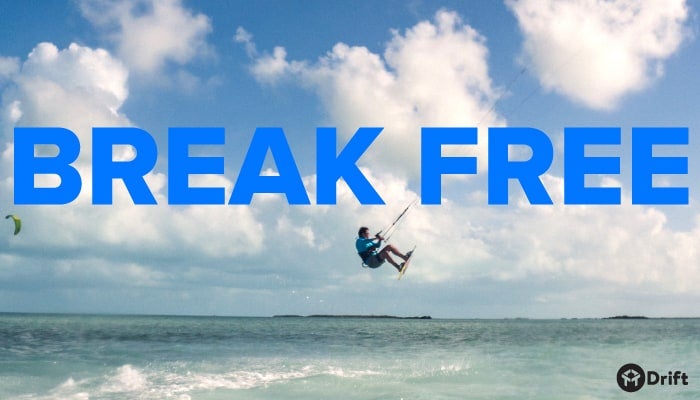 It’s a question my co-founder David and I get asked all the time:

You entered a market with thousands of competitors…how do you differentiate yourselves from this competitor, or that competitor?

We don’t see ourselves going head-to-head against all of those other companies out there. Instead, we believe what Linkedin co-founder and Greylock partner Reid Hoffman talked about on his podcast recently:

So now I’m going to share the most important secret in our strategy for breaking free.

We’ve followed this practice for almost two years, and it’s allowed us to stay competitive with companies that are 10x and 20x our size.

Publicly launch a new product and make it available to your customers every single month — forever.

That’s the secret to our strategy. And that’s the cadence we need to move at in order to break free.

Why the Traditional Approach to Launching Products Is Broken

During the late ‘90s and early 2000s I worked at IBM, where we shipped software using the Waterfall method. 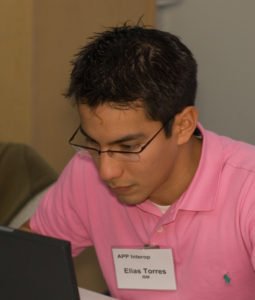 Using Waterfall, it would take years to build software. It was horrendous. Product managers would plan for years the milestones to ship software in a box to customers around the world.

Then when I transitioned into the startup world and joined Performable with David in 2009, we started getting into the Lean Startup model. We heard Eric Ries describe a system where anybody in the company could push a button to release a new feature.

What I’ve done since then is, everywhere I’ve been, every team, I’ve been focused on making it so any engineer can just push a button and deploy the latest software changes they made to production for the customer. And we’ve set records shipping hundreds of times per day since.

But here’s the thing:

Now that system is broken, too. Why? Because it decouples the product team from the customer.

We became so focused on supporting the engineers getting code out there that the rest of the company couldn’t keep up — they didn’t have the ability to market, sell, and support the new features after engineers pushed that button.

So we had a split. We’d ship software once it was ready, but product marketing wasn’t caught up, support wasn’t ready, sales wasn’t ready, and they were working on a different time scale.

What most companies do to solve this is instead of shipping year round, they follow an old tradition of gathering customers and prospects once a year for a big conference — all of the big companies do this. They have a conference, and they save all the work, all the products they’ve been developing, and they announce them at this conference.

As a result, companies are accumulating product debt. Because they’re creating this rhythm that’s slow and broken.

The product teams get accustomed to planning in year-long sprints, so they stop listening to the customer. The plan has been set in stone for the following year. So, the cadence is: We’re going to ship something the following year.

How can you constantly keep up with competitors and customer feedback with that cadence?

This approach doesn’t solve for the customer. And it won’t help you break free from the competition.

Why “Marketable Moments” Are the Future

So, how do we avoid product debt and deliver value to the customer?

For the past two years, we’ve been using an approach where we hold ourselves to publicly launching a new product for our customers every single month. And just recently we came up with a name for these launches: 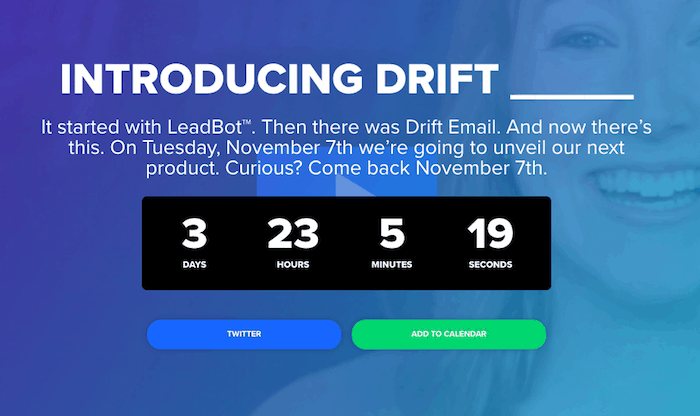 (Pictured above: the countdown to last month’s Marketable Moment.)

The definition of a Marketable Moment: You’re making a promise to your customers that you’re going to ship a new product, that is available to them publicly, every month, for life.

I’m not talking about a bug fix, or a small tweak, but a new product delivered to customers every single month, with the entire company working in unison to support the launch.

For us, shipping software is not defined by whether an engineer was able to execute a line of code in the production environment. Instead, it’s a complete package made up of design, software, sales, and success training and finally all of the marketing necessary to convey the problem we are solving for our customer that month.

We organize the entire company around shipping product to the customer every single month. And we create a fast product loop that enables us to hear the customer needs, design and build the optimal solution, and prepare every team to deliver the new product directly to the customer.

How do you create a fast product loop, you might ask? It’s simple:

You lock in the dates.

The Power of Forcing Functions

I was taught to believe that software estimation was a black art and that we should give up on it entirely.

In engineering circles, “software estimation” is the process of trying to guess and calculate the date that something is going to be ready. And it was always considered impossible.

But now we’ve finally figured it out.

The only way to get something done is to have a forcing function — some constraint that shapes our behavior.

Our forcing function is the Marketable Moment. It puts us on a schedule and locks us into deadlines.

That’s the solution to software estimation. You need to launch something every single month. No excuses. It’s known well ahead of time, it’s measurable, and it’s easy to know if you’ve succeeded or failed.

Building a fast product loop and practicing it over and over: that’s how you escape the competition.

Take small steps to start. Don’t think about it too much. Just do whatever it takes to ship something out — and if it’s ugly at first, who cares.

The best way to predict the future is to create it.

And even if you’re a small company, you can shape the future by moving so fast that the bigger companies can’t keep up with you.

The bottom line: Speed is going to eat software. Moving forward, we’ll brag less about shipping daily to production and we’ll realize we don’t have time to code like before.

We’ll need to build software with whatever combination of libraries, services, or even crowdsourced solutions we can find as long as we deliver it to our customer routinely and on-time.

People want things instantaneously. If you don’t ship continuously, a new company will come, solve for the customer’s problem, and the customer will move to the competition.

But if you’re continually moving, and you’ve ingrained this into the DNA of your company, you can change the playing field to your advantage.

Now go ahead and break free.