Best of #NoFilter: 5 Things I Learned from Candid Interviews with Sales & Marketing Execs

Ever wonder what your senior leadership thinks?

And that’s exactly why we launched #NoFilter back in January.

#NoFilter is a series of candid interviews where marketing and sales leaders talk about their career paths, learnings, failures and successes, tips, tricks, and more. It’s everything you’ve always wanted to hear, unfiltered.

So over the past eight months, I’ve been the person behind the camera (or Zoom). I’ve talked to CMOs, founders, CEOs, sales VPs, marketing VPs, directors… you name it. And the insight they’ve given me, well, let’s just say I’ve learned more than any textbook has ever taught me.

I’ve never been a good secret-keeper, so I’m sharing all of my learnings with you right here.

These interviews amount to more than 20 hours of content, so I’ve hand-picked my top five interviews, but if you like the highlights, make sure to check out the full series in Drift Insider. Season 3 just launched, and I promise you won’t be disappointed.

Chris thought he had the master plan when he founded Wistia with Brendan Schwartz in 2006: run the company for 6 months, sell it, and get rich 💰

11 years later they raised $17 million in debt to buy out the company from investors.

14 years later, they still own the company.

Chris takes the name #NoFilter to heart in this interview – by telling the truth about what building a company really looks like. Spoiler alert: It’s not as pretty on the inside.

One learning that really stuck with him when his team of six replaced the website’s stock photos with an authentic photo in front of a whiteboard. They placed an Easter egg on the page, and the page went viral.

“It was this incredible lesson that actually showing who we were and taking that risk was better than faking it ‘til we make it.”

When he was 22, Eric came into marketing as a way to earn, as he calls it, beer money 🍻

When he realized his journalism degree actually fit nicely into marketing strategy, he decided to stick with it. Now, nearly 20 years later, he’s a 2x CMO with some CEO and VP titles thrown in there as well.

Eric reflects on the most successful people he’s worked with over the years, and what’s made them successful.

Hint: It’s a lot of intellectual curiosity and empathy.

“The core marketing skill set is still communications, right? And I think you can get lost in all the technology we have today and data we have. And that’s really important. But it’s all really important for understanding who we are talking to, what do they care about, and are we saying the right things, in the right order?”

E.B. knows a thing or two about content marketing. Starting her career in voice-acting, she’s a strong advocate for audio – specifically podcasts. She’s been responsible for building out the ad sales/marketing departments of Lifetime Television, NCC Media, The Food Network, Cumulus Media/Westwood One, and AdLarge Media, to name a few 🎧

What She Taught Me

E.B. believes content is a 360-degree approach. So yes – take that audio interview, segment it into text, turn it into a video clip, and get the highest ROI. But don’t forget to be human along the way.

“I think making content accessible, no matter what your product is, is really important…Just like the rule of social media. It can’t be ‘it’s all about me.’ We need to feel the connection with humans.”

If this name sounds familiar, it’s probably because before Dave was Privy’s CMO, he took Drift’s marketing team from 1-30 people in just four years.

In case you didn’t sense it from the bio, Dave’s got a lot on his plate. Not to mention being a dad to two adorable kids under the age of 4. In his interview, Gerhardt explains why being a successful marketer (or any type of employee), relies heavily on time management. The TL;DR? Don’t even try to book a meeting with him before noon ⏰

“I try to have 9AM to 12PM blocked every single day, just because I’ve learned that if I don’t have that time blocked, people just book stuff all day; and I don’t do well with a swiss cheese calendar.”

Andrea’s LinkedIn title reads, “CMO – Marketing and really whatever else anyone needs.” She’s a strong storyteller and has even written her own book, but you won’t find any technical jargon in it, or anywhere on LeadMD’s website.

What She Taught Me

Sales reps care about marketing’s influence on the brand.

Because they don’t want to be embarrassed.

“And so our job as a marketing team is to make sure that when my AE goes into a room that those people know who LeadMD is. They might not know every single thing that we do…but at least we need to have a top of mind awareness in the room.”

Ready to level up your marketing? Join us on Drift Insider. You’ll not only discover videos on using conversational marketing to create better customer experiences and drive revenue, but also additional certifications and courses for marketers looking to up their skills. You can visit Drift Insider here, or click the image below. 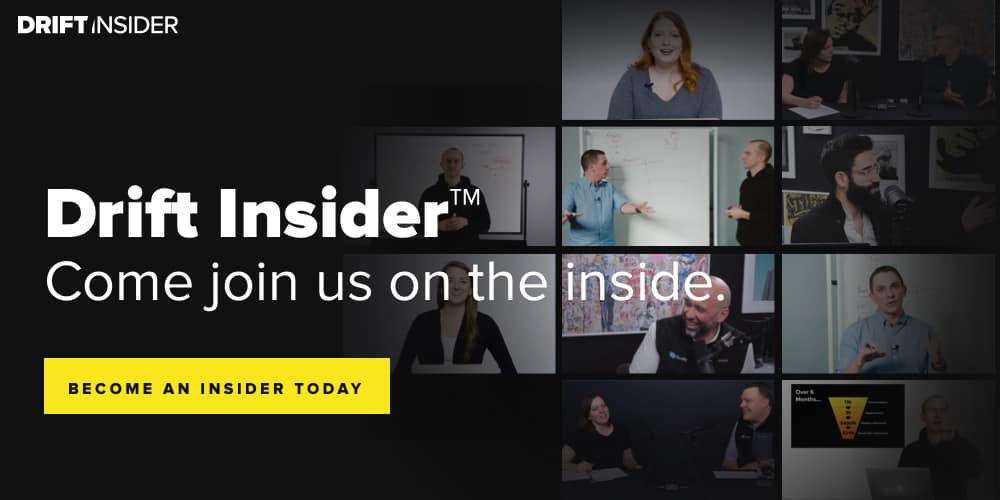 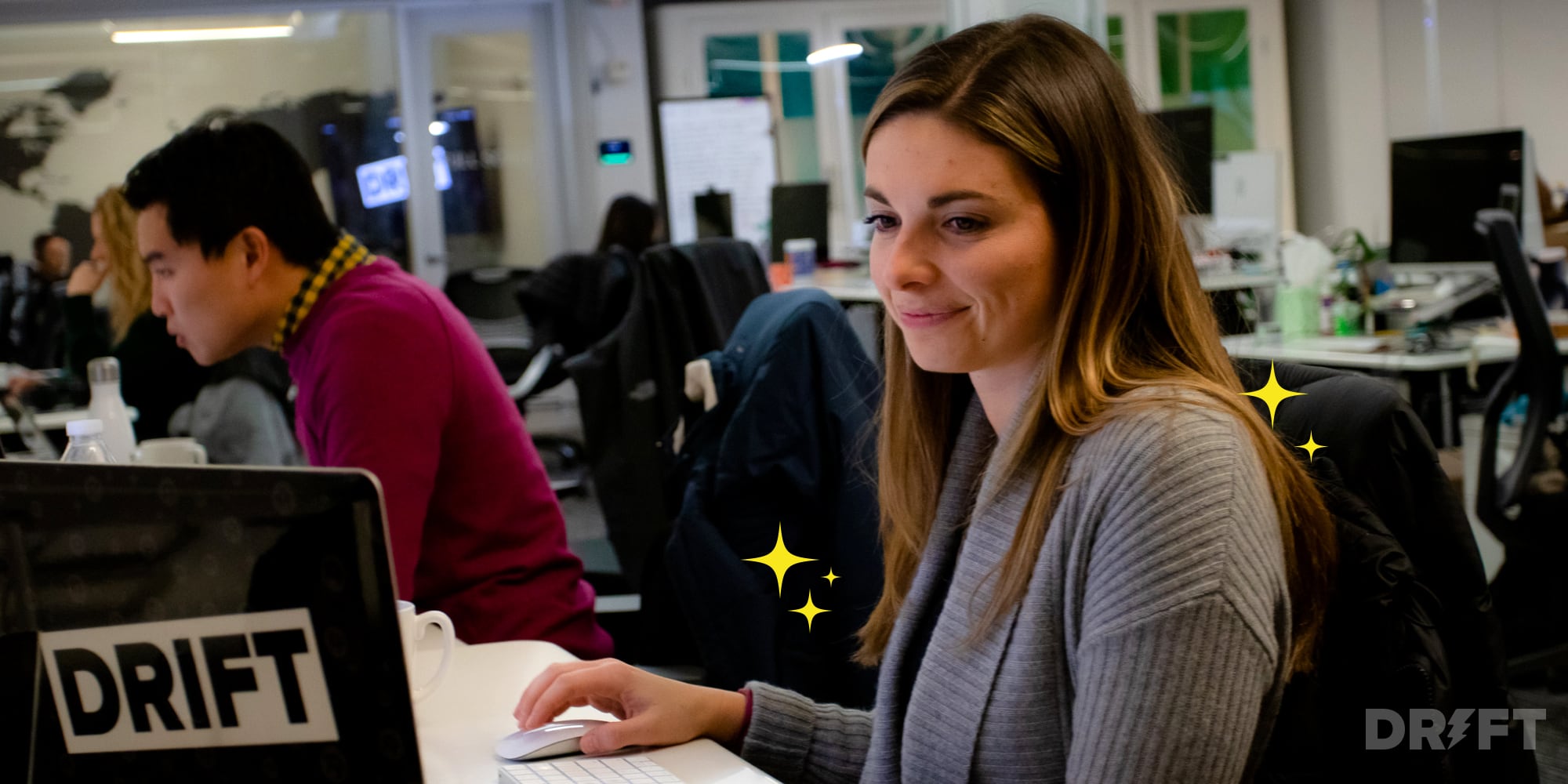 4 Ways to Take More Risks in Your Marketing
See More 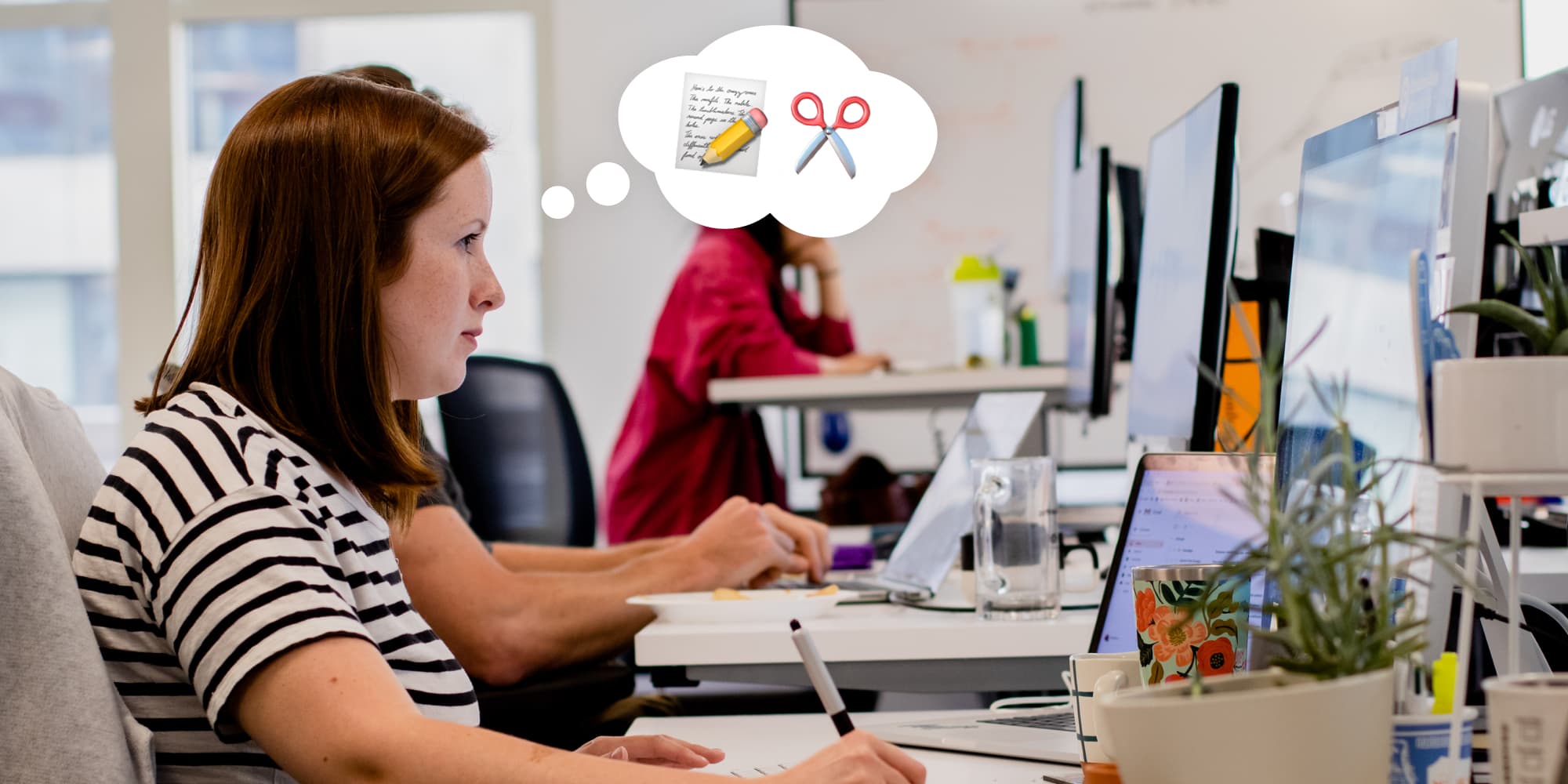