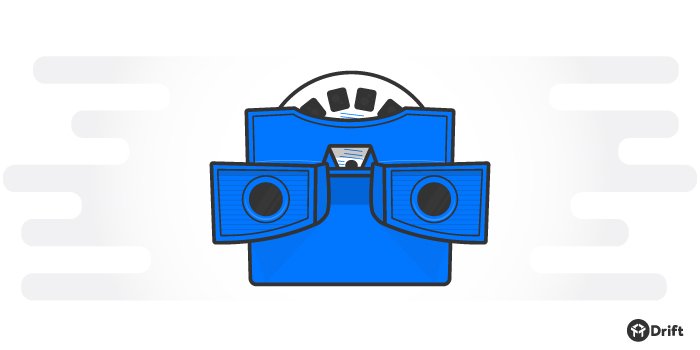 A few weeks back, we hosted our first ever Account-Based Marketing Meetup at Drift. Our goal was to bring together some of Boston’s top marketing minds so we could talk about ABM best practices, and share examples of ABM campaigns that were driving results.

Before things kicked off, we thought it’d be fun to ask our panel of five ABM experts (pictured below) a few questions and record their answers. 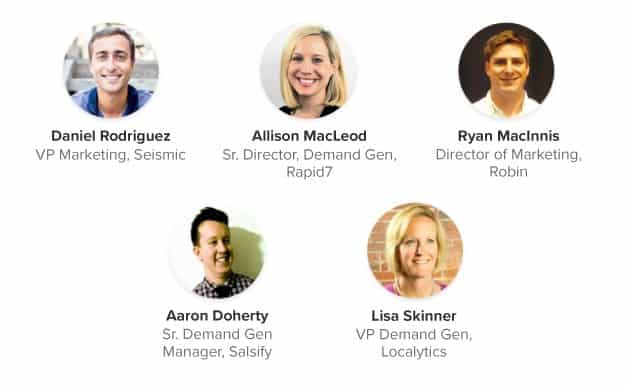 We ended up asking each of these account-based marketers the same three questions, which were…

Check out the videos below to hear their answers. (We’ve also included transcripts beneath each video.)

Account-based marketing is a strategy. It is a way of looking at the world, at groups of individuals rather than focusing on selling to one person. You sell to a group of people: an evaluator, a decision-maker, an exec-level sponsor, and you bring all of those people into the sales cycle at one time.

It’s a joint effort between our sales and marketing organization to help target the accounts that our sales team, and us as a company, are already trying to reach.

Account-based marketing is a more strategic way to do outbound. It’s the way that we had done marketing 20 years before — before we had all of this technology. But at the end of the day, it’s being able to understand what works really well in terms of who your target customers are, who uses the product the best, what personas they are, and being able to take a really smart sales team and joint marketing effort to go after those folks to be able to say, “How can we really move the needle on the business by using these tactics?”

At its core, it’s the connection between marketing and sales as it relates to the go-to-market strategy against target accounts. That’s a pretty broad, high-level definition, but conceptually that’s how I think about it.

Account-based marketing is just the act of attempting to get a customer at an actual named account. And then all of the activities that you need to coordinate around that become that entire effort. But it’s trying to sell to this named company.

2) As an account-based marketer, what keeps you up at night?

Cost-to-acquire. It’s low, but it can always be lower. And that’s really the focus of scaling. That’s the root of all evil.

ABM has become such a hot thing for people to talk about, and with all hot things comes an entire tidal wave of technology behind it and quick fixes. And you guys know better than anybody, ABM is probably best suited for some of the mantras you guys talk about, which is, it takes some actual hard work. That’s worth it though. And it has to be worth it for your type of business, but being able to communicate that it’s hard work and then be able to manage the expectation of “this will take more time but that time is worth it, and it’s the right time” — I think that’s probably the biggest challenge.

At the top of the list right now is the ability of our sales team to follow up effectively so that this stuff turns into revenue. I think that’s our biggest challenge right now and that’s my biggest worry.

What keeps me up at night is always trying to make sure that the things that we’re doing, whether it’s ABM, inbound, or any other type of marketing activity, that it’s having the right type of impact. And making sure that we know where we’re measuring it. There are some things that are for, “Hey we want to fill the top of the funnel with new people,” and “We want to find new people within these accounts,” and then there are others where we want to help close a deal. We want to make sure that everything we’re doing is having an impact and that we’re measuring it right away.

Product usage. So as somebody who loves working with product and engineering teams, I want to know not only how I can increase the top of the funnel but how can I increase the middle and the bottom of the funnel, in terms of when you sign up for a trial, or a demo, do you get as much out of the product as we say you do? I think if you can understand the signs of what makes a good customer, you can help better market to those folks as well as decrease the churn or the sporadic downgrades, things you can’t predict when it comes to how well your customers are using your product.

So one of the coolest things we’ve done from an ABM perspective is we did a direct mail, and yes it’s making a comeback. I actually love direct mail. We did a direct mail last year to our target accounts and it was a View-Master. So the old school View-Masters where you’d click into the little picture wheel. And it was about the launch of one of our newest products at the time, around instant detection response, and the results were amazing. I think it was creative, it was clever, it was a little bit different, it had a bit of nostalgia to it as well. We got a lost of great responses, not only from what it did to help open doors for reps, but even just from a social perspective, from people saying, “Hey, if you’re going to send me something, send me something cool. And this is really cool.” 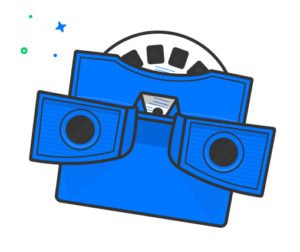 So we’re hosting a roadshow-type event in New York City with Google and Johnson & Johnson speaking on our behalf. We have a target list of accounts to focus on. We reached out to them early with a marketing message, hit them with display, targeted display, targeted emails, and then had the sales team come in and in 2 hours — 2 hours of sales effort — we registered 82 people. The goal for the event was 60, which is awesome. It really shows the power and the effectiveness of focus, messaging, and collaboration that account-based marketing brings.

The number 1 campaign that we’ve run is direct mail. High-impact, directional direct mail with an empty iPad mini box with an insert in it. The insert talked about our value prop, messaging, as well as the offer. So if folks meet with us, they get the free iPad mini. That’s knocked it out of the park for us. I’d say it’s our best-performing campaign. The account-to-meeting conversion rate is huge and then conversion-to-pipe is even bigger.

I think that actually getting the appropriate amount of alignment between what folks are doing on the marketing side and then how we have the sales team assigned to targeted accounts. It’s more of a structure thing rather than a campaign. It’s creating that level of focus on the marketing side where we now have marketing people then attached to salespeople going after accounts together and then creating variable comp plans that actually align together for the same reasons so that they win together.

The single best campaign we’ve run is around this concept of office snapshots. So there’s this blog that’s called Office Snapshots but we call it Robin Snapshots. And we’ve been able to say, “People might not want to look for the tech, but they love offices. They love the bars, they love the chairs, the love the lighting, it’s kind of why Pinterest and Instagram exist. So we decided, let’s highlight some of our customers — without saying that they’re customers — and be able to put out those posts and target people like them who will be able to engage with those posts. Through that we’ve been able to increase site traffic by 50% and leads by 20% just by telling people what the future of their space could look like.

Want to learn more about the ins and outs of ABM?

Check out our account based marketing guide. It includes a glossary of key ABM terms, a breakdown of the differences between ABM and inbound marketing, plus more examples of real ABM campaigns that today’s top marketers are running.