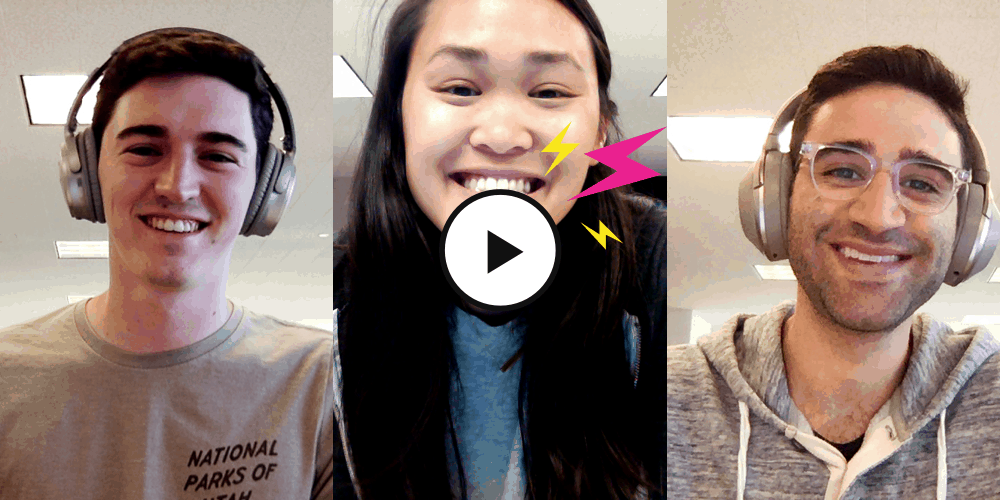 Over the past few years, we’ve undergone an undeniable shift in the way we buy, sell and consume content online. According to Cisco, by 2020 about one million minutes of video will cross the internet every second. And just a year later, 82 percent of the world’s internet traffic will be composed of video.

And this is just the beginning.

Video is eating the world. And it’s not just on the consumer side. We’re already seeing the impact on B2B buying. In 2018, for example, 50 percent of Drift’s revenue had video in the sales process — which is part of the reason we’ve launched Drift Video, a product built to specifically to start conversations through video. Because in a world where the buyer has all the power, no one wants to be sold to. Now, whoever makes it easiest to buy wins. Prospective buyers are looking to establish connections to the salespeople and companies they’re interacting with. The best way to establish these personal connections when an in-person meeting is out of the question? Video.

And when you look at the data, it’s not hard to see why:

Digital natives entering the workforce (and taking on managerial positions) are fundamentally changing how we buy in the enterprise. According to a recent article published by Harvard Business Review, contacting a salesperson now occurs later in the typical purchase process, and sometimes not at all. And CDO Trends notes that 75 percent of B2B purchases today involve limited interaction with salespeople.

Does this sound familiar? Do you contact sales first when you’re buying something?

No. Of course not.

But salespeople are needed. A good salesperson can earn the trust of the buyer and guide them to an informed purchase they feel good about.

And video is proving to be the best conversation starter of all.

I’m not talking hyper-edited, highly produced video. I mean real, human, authentic, you. On camera, stutter and all. And who better to model your B2B videos off of than consumer-facing brands and influencers? Because let’s face it, it’s no longer B2B or B2C; it’s human to human. Take Glossier, the beauty brand transforming the industry with its two million Instagram followers and counting. Or Casey Neistat, a YouTube personality and filmmaker. Most of his videos on YouTube have well over five million views, each.

Here are some ways we’ve used video at Drift:

As mentioned before, our video capture software has had a huge impact on our bottom line. But beyond that, it has also helped us start conversations and build trust. So if you’re not already incorporating video into your sales process, what are you waiting for?

P.S. Join 30,000 of your peers. Subscribe to the newsletter for hypergrowth.