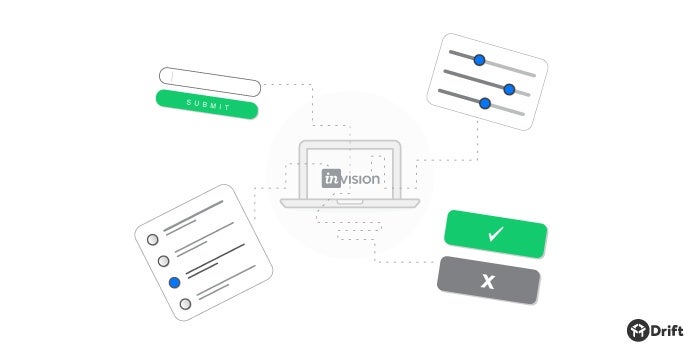 When Ryan Burke joined the InVision team in 2014, he was employee number 35.

A few months before he joined, the company had launched an enterprise version of their prototyping and collaboration product … now they needed someone to build a go-to-market strategy, build a team, and sell it.

Ryan inherited two employees when he came on board, which means InVision’s entire sales force at the time consisted of three people.

Instead of focusing on sales, InVision had been investing the majority of its resources into building an amazing freemium product. (And when you consider that more than 2 million people around the world now use InVision, it’s clear that this approach has paid off.)

But for Ryan, adapting to this product-first approach presented a bit of a challenge. As he told us recently on our podcast, Seeking Wisdom:

It was a little bit of a culture shock. I was used to more of the banging-the-gongs, high-fives-in-the-office, bullpen type of environment. But this was a cleaner approach, and a much more product-driven approach.

Today, InVision has 250 employees, and Ryan leads a sales and customer success team that is 60-people strong.

How the heck did he pull it off?

Note: for the full story of how Ryan built out InVision’s sales team, listen to the interview below:

We say it all the time here at Drift: “Helping is the new selling.”

And sure, it’s easy to think of it as just a catchphrase. But when you hear how InVision’s SVP of Sales Ryan Burke describes his team’s actual sales playbook, it becomes clear that “helping is the new selling” is more than just some empty mantra.

First, a little background: In Ryan’s world, sales reps think of companies as either being “high D” or “low D” (or somewhere in-between) with the “D” referring to design acumen.

For example, companies like Twitter and Uber are considered “high D” since those companies clearly understand the power of product design and are influential in the design space.

Banks and financial services companies, meanwhile, have traditionally not been as design-focused and are usually considered “low D.”

For Ryan, those “low D” companies represent the biggest opportunity for enterprise sales, and helping those companies understand design is the best way to win them over.

In order to educate prospective customers, InVision’s salespeople need to know the product inside and out. And they also need to keep a pulse on how their “high D” customers are using the product.

Our motion is so designed around education and this product-driven approach that even the salespeople are viewed as product experts. The most successful salespeople are the ones who aren’t viewed as salespeople, but who actually have expertise and can add value with every conversation. It’s not just chasing down a contract, it’s saying, ‘Hey, did you see your competitor is doing this? Or that this client is using the product this way?’

Once upon a time, a sales rep might have “added value” by treating a prospective customer to a round of golf. These days, the best way sales reps can add value is through sharing knowledge.

As someone who’s been creating content for years, there are lots of quantitative metrics that I’m used to looking at. Views. Downloads. Conversion rates.

And sure, it’s great to see those numbers skyrocket. But for me, knowing that the content I’ve made is actually helping our sales team close deals is a much bigger reward.

At InVision, Ryan and his team clearly understand the value content can provide — not just in terms of education, but also in terms of driving brand awareness and making new connections.

Here’s Ryan explaining the different types of content they create at InVision:

Our marketing team does an incredible job of developing really tactical content, the how-tos, but also content that highlights what those high D companies are doing. We have an Inside Design blog series that’s incredibly well-read. And we made a movie: a full, feature-length movie on the power of design and disrupting industries over time. It’s been an incredibly powerful vehicle to be a voice in the design community.

But once you understand everything that’s happening around that movie, it’ll start to make sense:

We’re doing premieres all over the world now. We have hundreds of companies asking us to do screenings. Big companies come in and ask if they can do screenings for their management teams so they can learn the value of design … We do VIP dinners and events that are associated with screenings and those can become very tactical enterprise lead generation opportunities. Or we’ll find an anchor company. We did a screening at HubSpot and gave them the opportunity to deliver this to the Boston community. They invited people, we invited people. We’ve done this with lots of companies.

To recap: With a single piece of content, InVision did the following…

Granted, not every company has the resources to make a movie. But at the very least the InVision example can help you get those creative juices flowing.

The broader takeaway: Content isn’t just for reading, or watching, or listening to. You can also create events around it and use it to make new connections.

If you want to steal a page out of Ryan’s book, try hosting a VIP dinner the next time you have something awesome to share:

We have these VIP dinners with 12-15 people in a room. No agenda. It’s a couple hours. Nice dinner. You’d be amazed at the relationships you can build out of those things. And it’s a lot cheaper than setting up a booth at Dreamforce.

In the early days, InVision was able to grow almost purely through product virality. Once designers got their hands on the product, and fell in love with it, and started sharing it with other designers, adoption took off.

Having an amazing product was the driving force. And having a free forever version meant there were no barriers to entry.

The product could essentially sell itself.

However, when it comes to selling into the enterprise — which is what Ryan was hired to do at InVision– it’s a whole different ball game. In order to move upstream, you’ll inevitably need to experiment. You won’t be able to rely on product virality alone forever.

It was more reactive when I first started. We benefited from the fact that we have a product that drives a lot of inbound lead activity. In the early days, it was about hiring a couple reps who were more operational, more startup-flavored, jack-of-all-trade type folks who could handle a lot of different things and test a lot of different things. Then, as we scaled, we tested and identified areas to get more revenue streams. And then we’d specialize.

One way they specialized was through creating separate inbound and outbound sales functions.

Outbound was one of those tests. Having a bottom-up sales motion, you’d think it’s only a pull motion with PQLs (product-qualified leads). But outbound does still work. You are able to push into these markets if you have a compelling message with an articulation of this high D promise and a pretty non-evasive pitch, which is: Do you want a free trial of an awesome product? And then maybe you throw in a t-shirt. 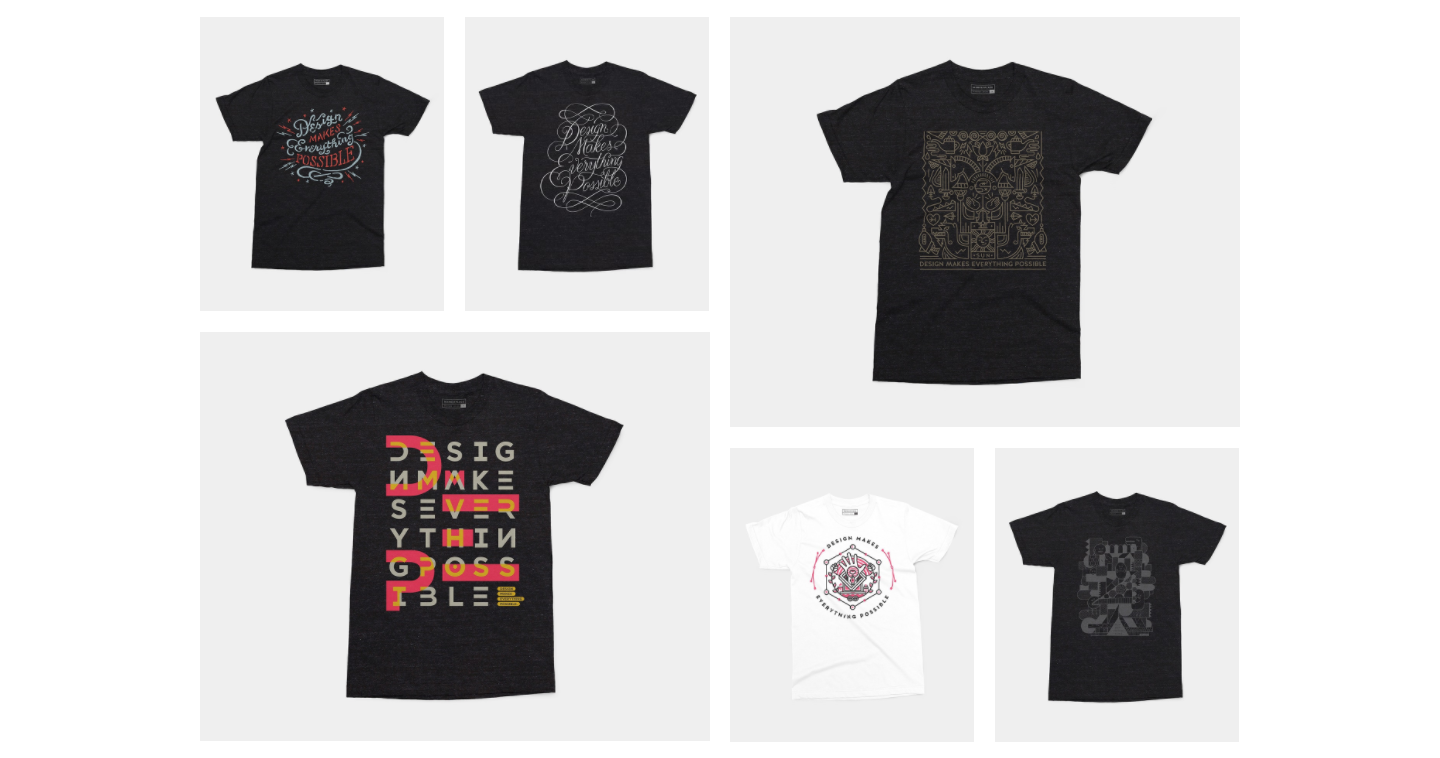 (FYI: InVision is known for having some of the best t-shirts in the biz. So while throwing in a t-shirt might usually seem inconsequential, for InVision — a company that caters to designers– these t-shirts are an important part of their brand.)

We all know we’re not going to live in a world that’s purely inbound. So reps are always responsible for creating their own opportunities.

4) When interviewing sales candidates, ask how they prepare.

Ryan told us that at InVision, having candidates demo their product in a role play situation is at the heart of their sales interview process.

But even before a candidate reaches that point, Ryan can get a sense of whether or not that candidate is going to work out. His secret?

Ask how they prepared.

‘How’d you prepare for this?’ is a question I always ask. That’s where you can really uncover their hustle or level of creativity. ‘Oh, I went to the website.’ Great, everyone does that. A better answer: ‘I found out so-and-so used your product so I met up with them and looked at some prototypes,’ or, ‘I tracked down this person from your industry at a conference.’ Those are the answers I like to hear. This isn’t necessarily a prerequisite, but that creative aspect of the preparation is so critical to me.

We have a freemium product. If a salesperson hasn’t downloaded the product, they’re out. It kills me. Just go to the damn website!

InVision sells prototyping and collaboration software, but (to get a little abstract) they also sell design as a solution to the problem of, well, crappy design.

As a sales organization, figuring out how much energy you dedicate to explaining the specifics of your product vs. explaining the broader vision your company has for your industry can be tricky.

Ultimately, you don’t want to sound too aspirational or “out there” with your sales pitch. But at the same time, simply presenting people with a list of product features is unlikely to rally people to your cause. You need to give people a reason to get excited and take action.

You need to sell the dream.

To quote Ryan one last time:

When I first started at InVision, we were selling the dream of design. Then we hired a lot of high product acumen salespeople and we got really feature heavy. That approach worked for a while, but now I think we need to move back a little bit. I think we overcorrected. And now it’s back to selling the dream — that your product strategy is your business strategy and design drives product.