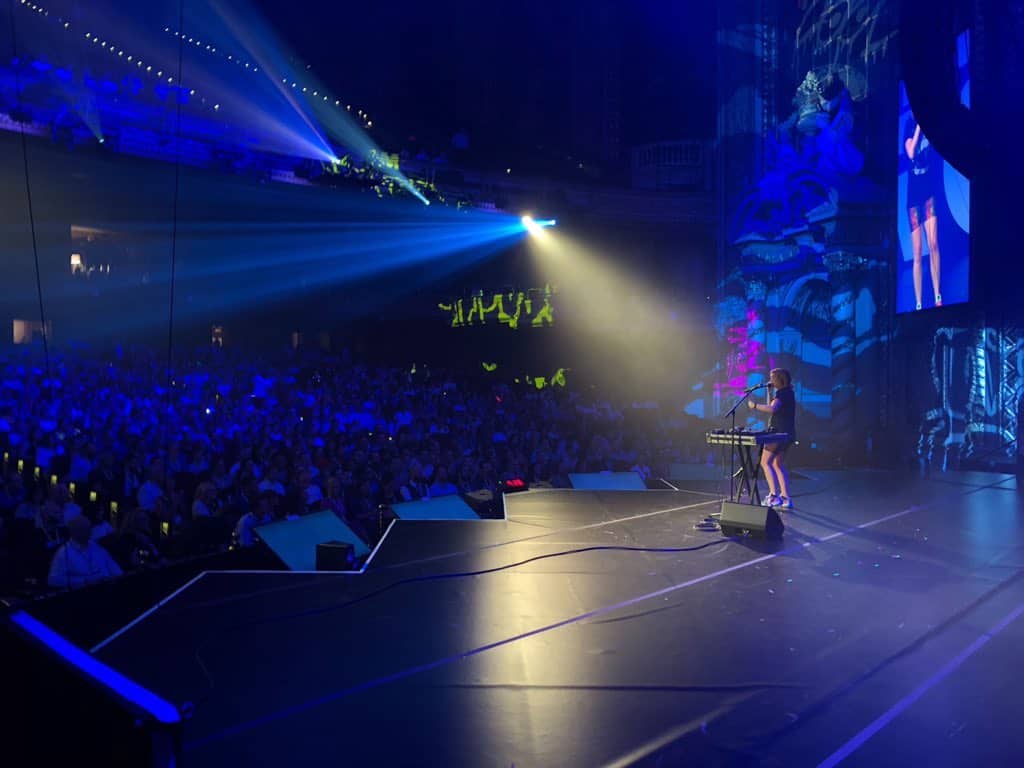 It started with some beatboxing. And ended with a light show/dance performance unlike anything I’ve ever seen. And what happened in between all that? Well there were plenty of learnings from entrepreneurs, marketers, and industry leaders at the top of their game. Not to mention, we might’ve set a record for most LL Cool J references at a conference…but that’s another story.

Here’s a play-by-play of some of the coolest learnings and favorite moments from HYPERGROWTH Boston, as told by tweets from our attendees?

The One Where We Kick Things Off ?

Things getting started here at #HYPERGROWTH19

Beat boxing champ @_GraceSavage is a hell of a way to kick things off pic.twitter.com/TSmWlnOD1D

The One About #NoFomo ?‍♀️

There is something super likable about a one track conference: (1) everyone is in one room and shares the same experience, (2) no #FOMO about going to the wrong session. Thanks @Drift @davegerhardt @davecancel #HYPERGROWTH19 pic.twitter.com/Hkk4nVJy2h

The One About The Two Daves ⚡⚡

The One About Brand Love ?

Why do we love a brand?

It’s the customer experience we had.

The One That Talks About Failure ❌

“The problem with trying hard is sometimes you fail.”
–@AlexHonnold

This describes not only a universal truth, but resonates with the entrepreneurial mindset (in my opinion) especially. Startup folks know about the factor of failure, we keep going.

The One About How You Make People Feel ?

“No matter what industry you are in, and what you do – what people are going to remember is how you make them feel when you when you were doing it.” @dhmeyer #HYPERGROWTH19

The One About Making Your Team Happy ?

Love hearing @leelasrin talk about why she wants KPIs tied to “team happiness.” We live in the feedback economy and the way we treat our teams directly impacts the way they treat our customers, making employee happiness one of our biggest differentiators. #hypergrowth19 pic.twitter.com/dzHw7N1EzQ

The One About Superstars ?

Favorite talk at #HYPERGROWTH19 so far? @anitaelberse of @HarvardHBS on the gap between top stars & the ones who don’t quite make it.

It’s all about making big bets and the possibility of epic failure. But going *all in* is far more rewarding than a slew of smaller, safer bets. pic.twitter.com/qNVTs5LkDV

The One About Answering Questions ?

You are helping prospects one person at a time.

Produce content that answers questions and then optimize the crap out of it.@ryandeiss taking people to church.#HYPERGROWTH19 pic.twitter.com/lQLtZ2SH47

The One About AI ?

Soooooo stoked for @Drift Automation!! ?? Give me that AI tech! ? @eliast #HYPERGROWTH19 pic.twitter.com/Ogkh6mMKkI

The One That Goes Far And Wide ✈️

@jennifer – Go wide with your brand, and narrow with your product, that allows you to develop the brand and audience and keep options to grow on product side. @away @drift #HYPERGROWTH19 #strategy #marketing cc @eliavalaluf @ShiftMarket pic.twitter.com/mslE8jvtTI

The One With The Mic Drop ?

The One With The Navy SEAL ?️

People are your most important asset, no matter what business you are in. -Todd Seniff, US Navy #HYPERGROWTH19 pic.twitter.com/yhCB6V2M4g

The One With The Household Name ?

Sarah Blakey – Spanx became a household name with no advertising because they led with stories. Your customers will always be more interested in the why than they will with the what. #HYPERGROWTH19 pic.twitter.com/fKMxvkfVsD

The One About Mindset ?

I push my body and it responds – @JesseItzler
For both he and his wife @sarablakely it’s all about #mindset
#HYPERGROWTH19 pic.twitter.com/Ukp0oi0ws2

The One Where We Live Up To The Hype ?

I'll be honest- I wasn't sure if #HYPERGROWTH19 was going to live up to all the .. well, hype.

Then I attended & it ABSOLUTELY did. What an incredible, inspiring, educational, energetic, and overall amazing day. Jealous of anyone attending in #SanFrancisco pic.twitter.com/67Hd6jaChU

The One With All Of The Lights ?

The One That Made Us Go ?

Not even lying – my @Drift bot and sales rep booked a meeting while I was watching this performance at #HYPERGROWTH19. Apple watch notifications off the wall. ? pic.twitter.com/muSUPA73vT

Did we miss an amazing tweet or LinkedIn post? Let us know at @Drift. And if you liked the learnings you read here, you should come to our last HYPERGROWTH event of 2019, coming to San Francisco on November 18. Save your spot here.